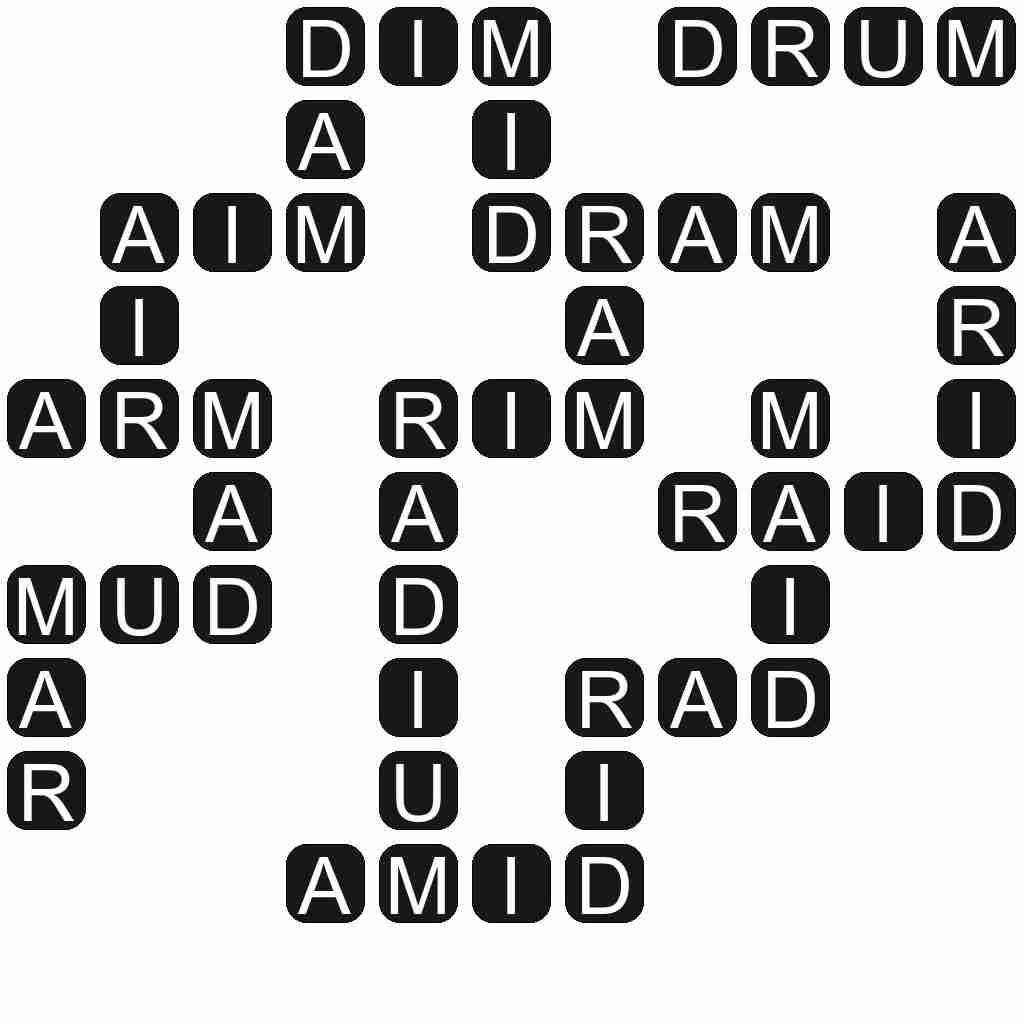 DAM - Structure placed across a flowing body of water to stop the flow.

DIM - Not bright or colorful.

MUD - A mixture of water and soil or fine grained sediment.

AMID - Surrounded by; in the middle of; in the center of.

DRUM - A percussive musical instrument spanned with a thin covering on at least one end for striking, forming an acoustic chamber, affecting what materials are used to make it.

MAID - A girl or an unmarried young woman; maiden.

RAID - A hostile or predatory incursion; an inroad or incursion of mounted men; a sudden and rapid invasion by a cavalry force; a foray.

DRAM - A unit of weight avoirdupois,.

RADIUM - A radioactive metallic chemical element (symbol Ra) with an atomic number of 88.