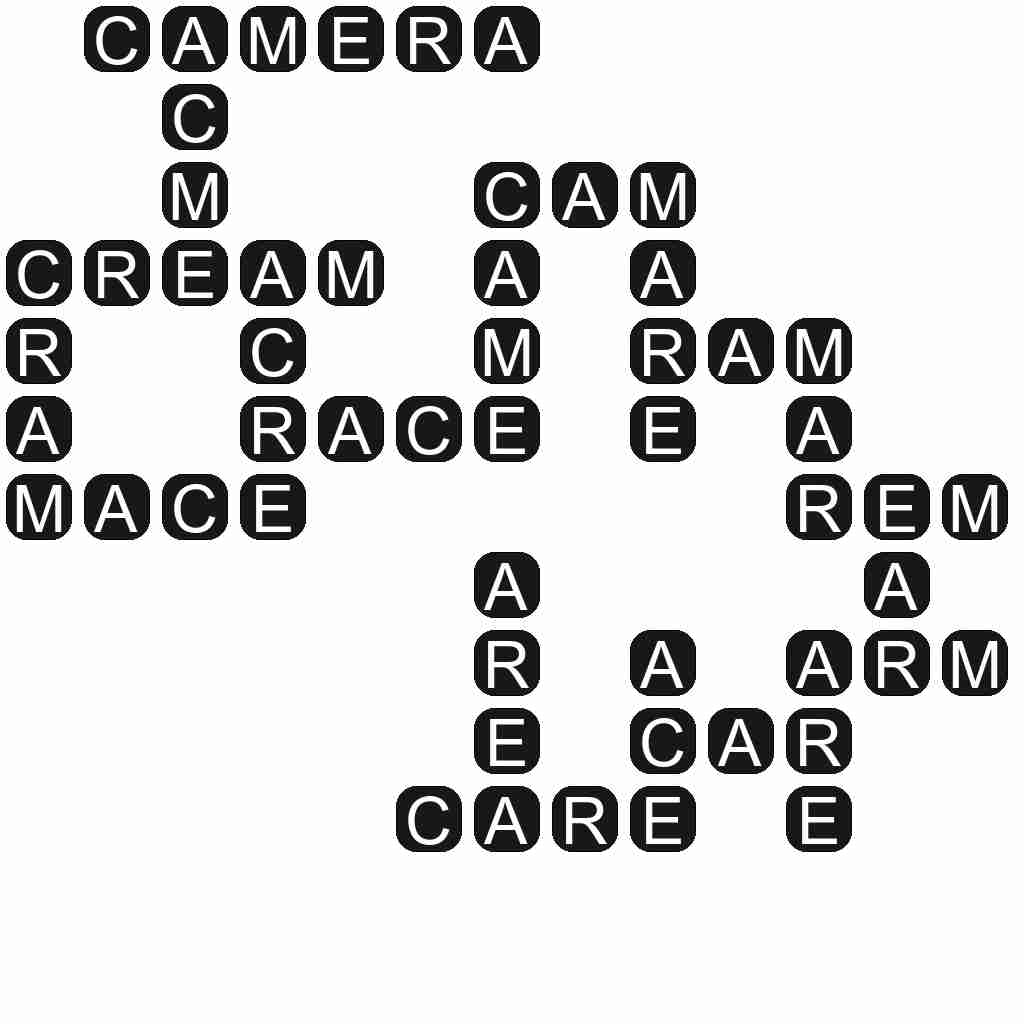 CAME - Simple past of come.

CRAM - The act of cramming.

CREAM - The butterfat/milkfat part of milk which rises to the top; this part when separated from the remainder.

CAMERA - A device for taking still or moving pictures or photographs.