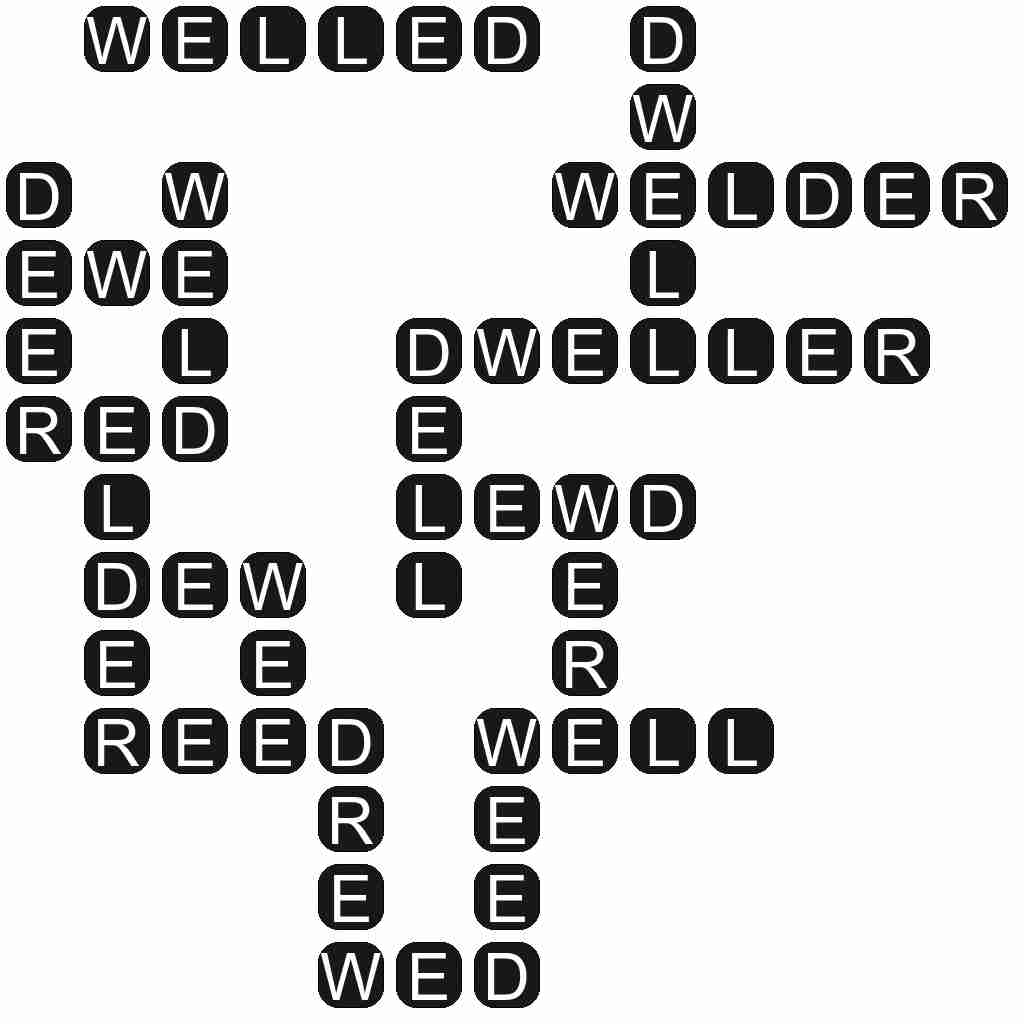 WELDER - One who welds, or unites pieces of iron, etc., by welding.

WELLED - Simple past tense and past participle of well.