The words included in this word game are:
BEE, EVE, ERR, BEER, EVER, VERB, VEER, REVERB. 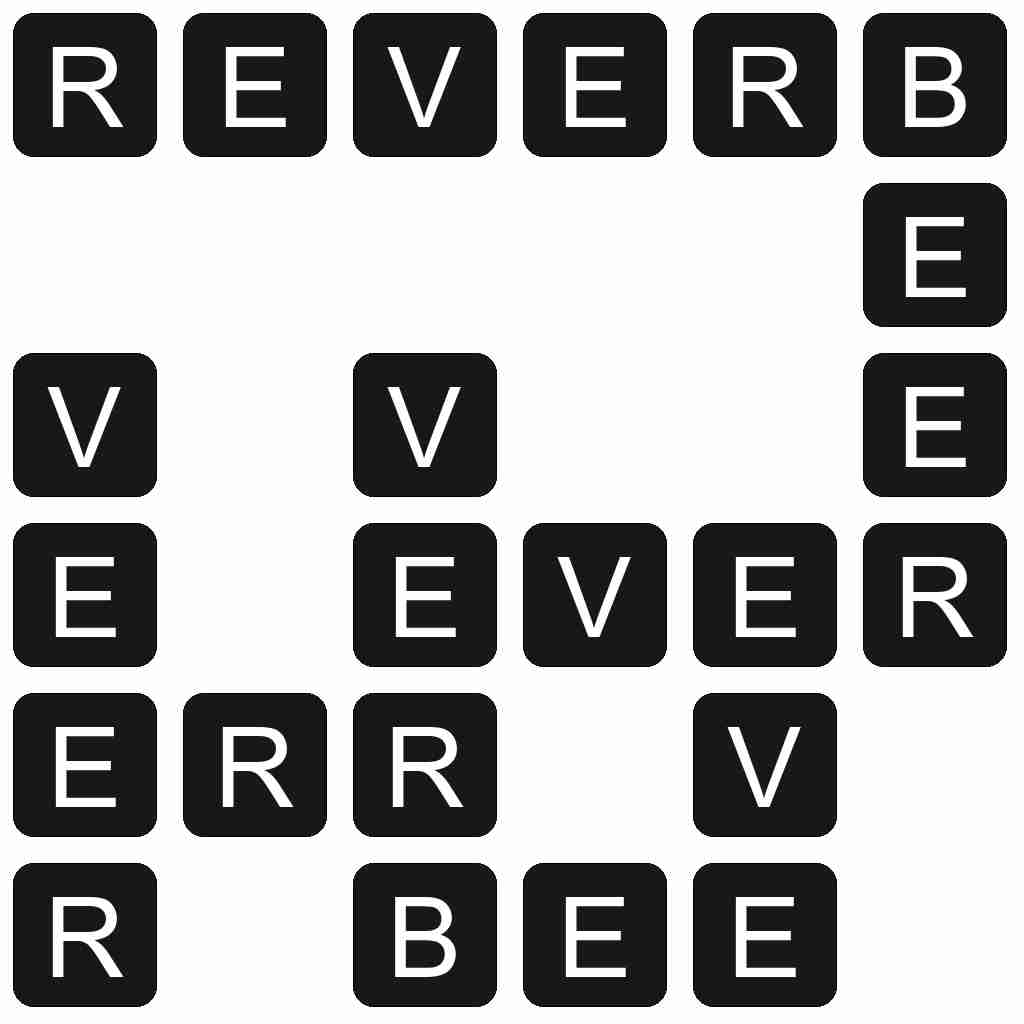 REVERB - An electronic effect which simulates echoes or reverberations in the sound signal being processed.