Home » Wordscapes answers for all levels » 4732 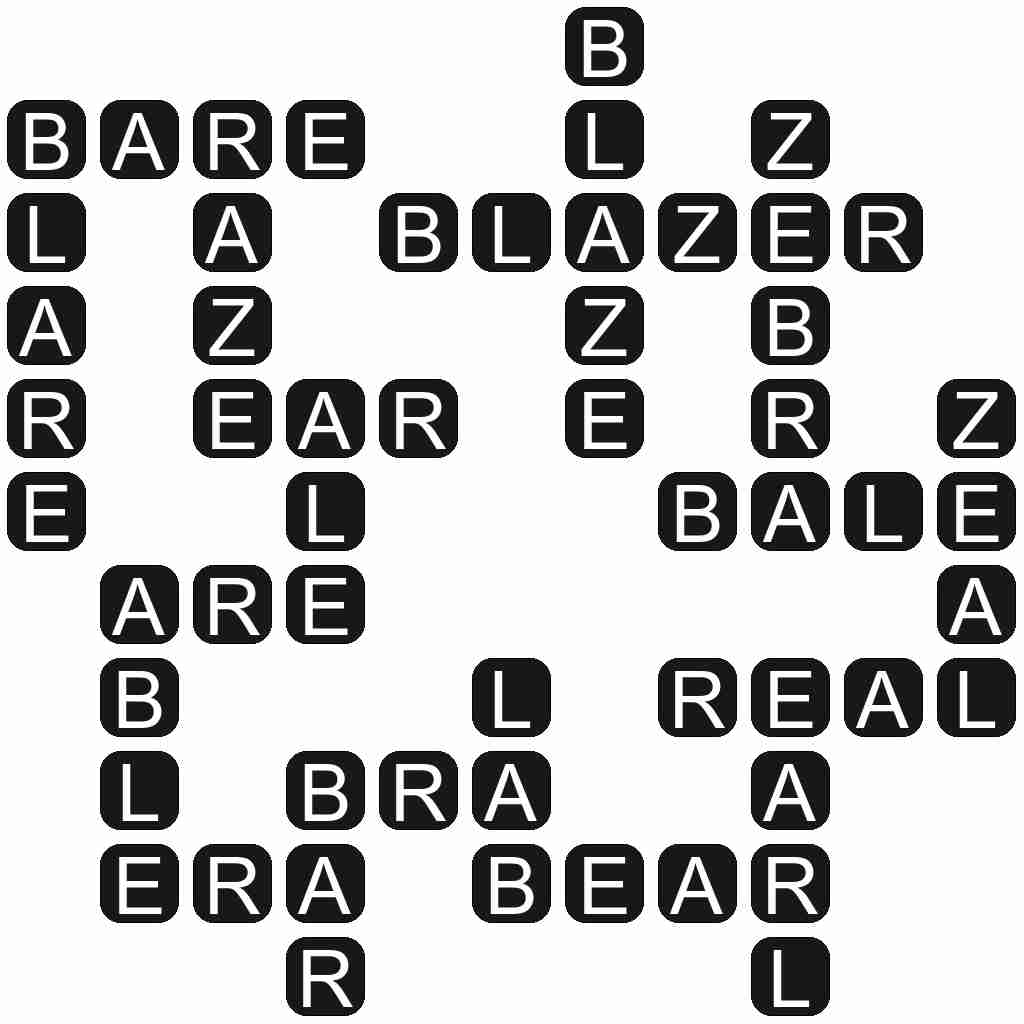 RAZE - To demolish; to level to the ground.

ZEAL - The fervor or tireless devotion for a person, cause, or ideal and determination in its furtherance; diligent enthusiasm; powerful interest.

BLAZE - A fire, especially a fast-burning fire producing a lot of flames and light.

ZEBRA - An African animal, closely related to a horse, with black and white stripes.