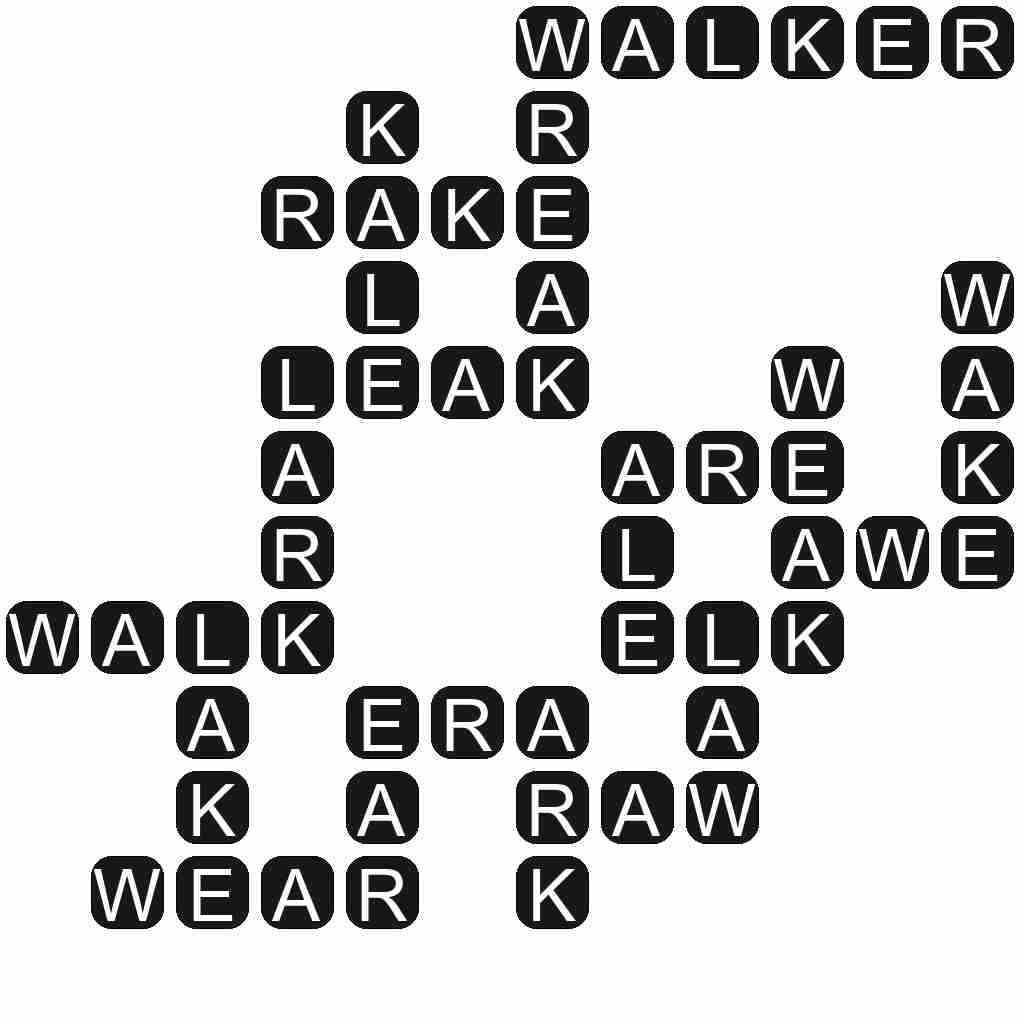 LARK - Any of various small, singing passerine birds of the family Alaudidae.

WALK - To move on the feet by alternately setting each foot (or pair or group of feet, in the case of animals with four or more feet) forward, with at least one foot on the ground at all times. Compare run.

WALKER - The agent noun of to walk: a person who walks or a thing which walks, especially a pedestrian or a participant in a walking race.