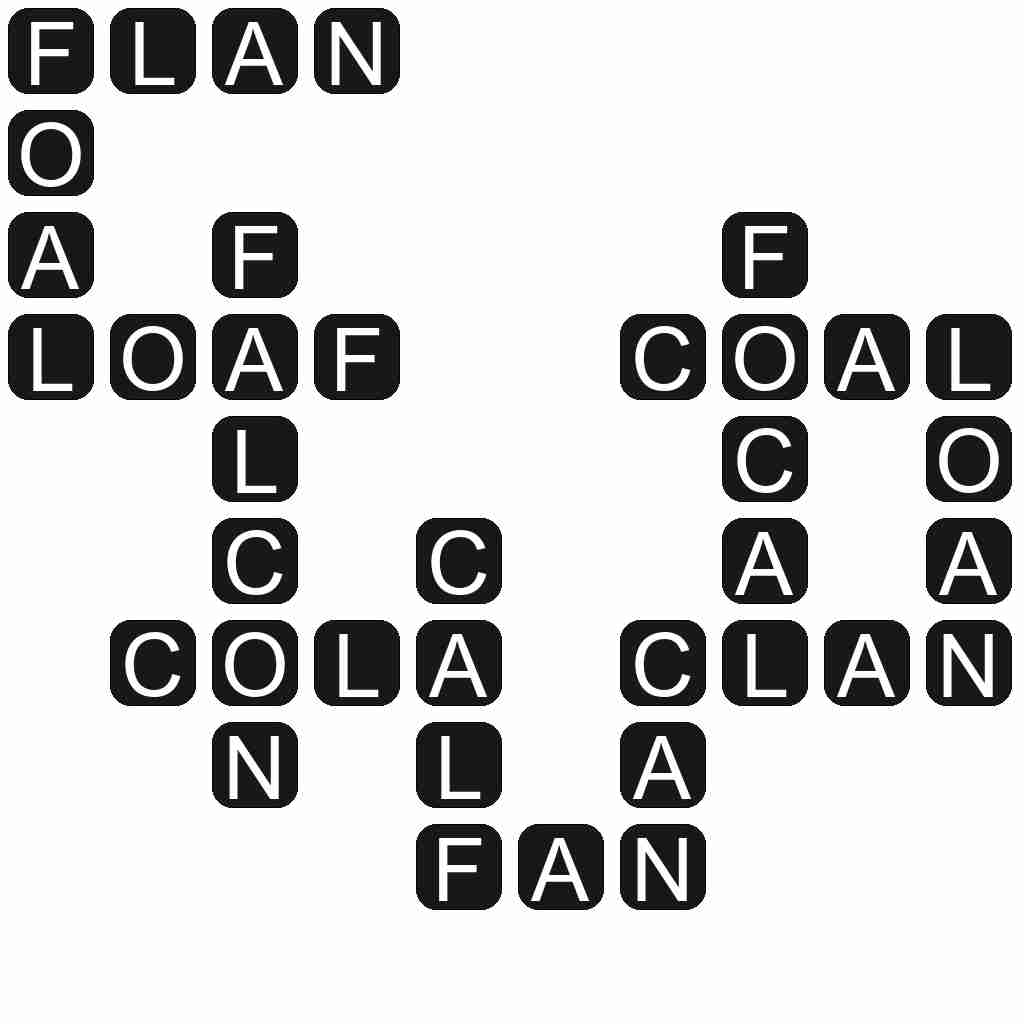 LOAF - A block of bread after baking.

FOAL - A young (male or female) horse, especially just after birth or less than a year old.

FOCAL - Belonging to, concerning, or located at a focus.

FALCON - Any bird of the genus Falco, all of which are birds of prey.