Home » Wordscapes answers for all levels » 4692 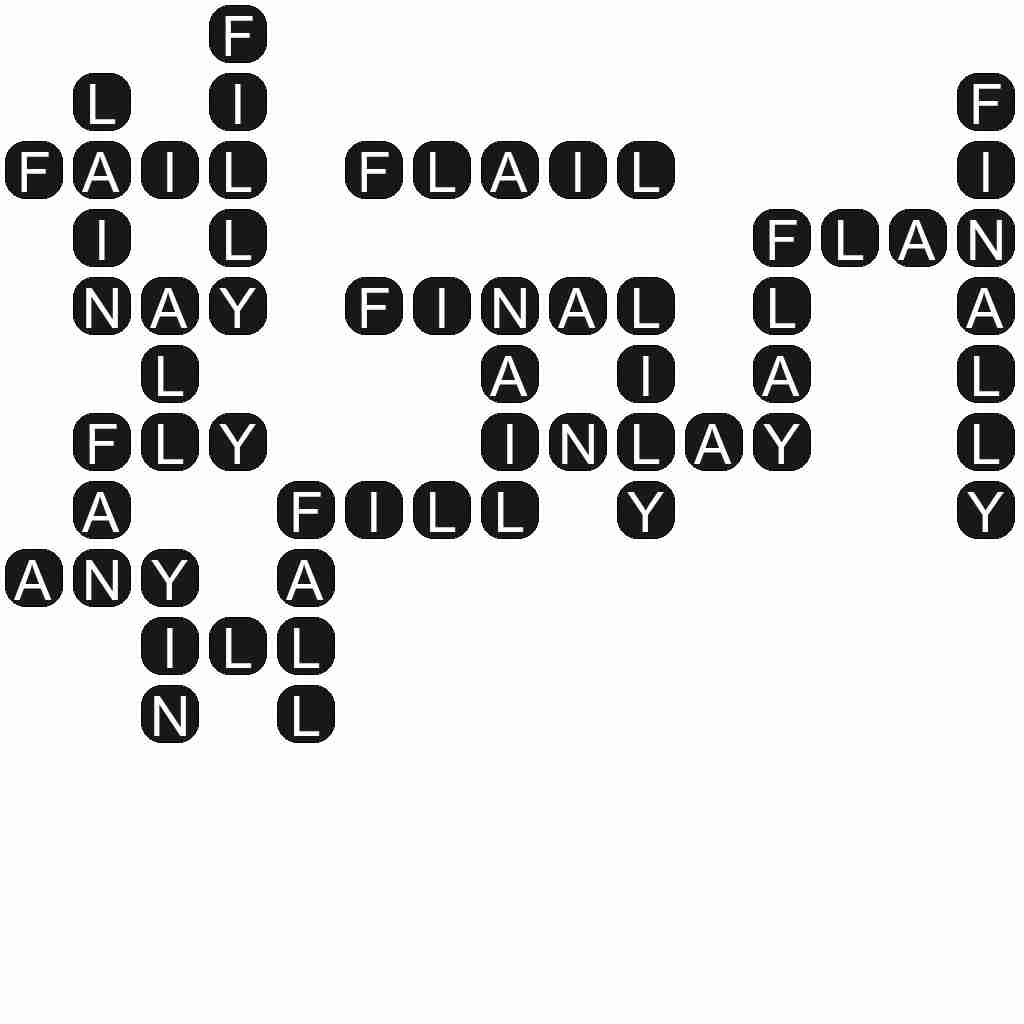 FAIL - To be unsuccessful.

FILL - To occupy fully, to take up all of.

FLAY - To cause to fly; put to flight; drive off (by frightening).

FINAL - The ending, the last.

FLAIL - A tool used for threshing, consisting of a long handle with a shorter stick attached with a short piece of chain, thong or similar material.

INLAY - The material placed within a different material in the form of a decoration.

FINALLY - At the end or conclusion; ultimately.