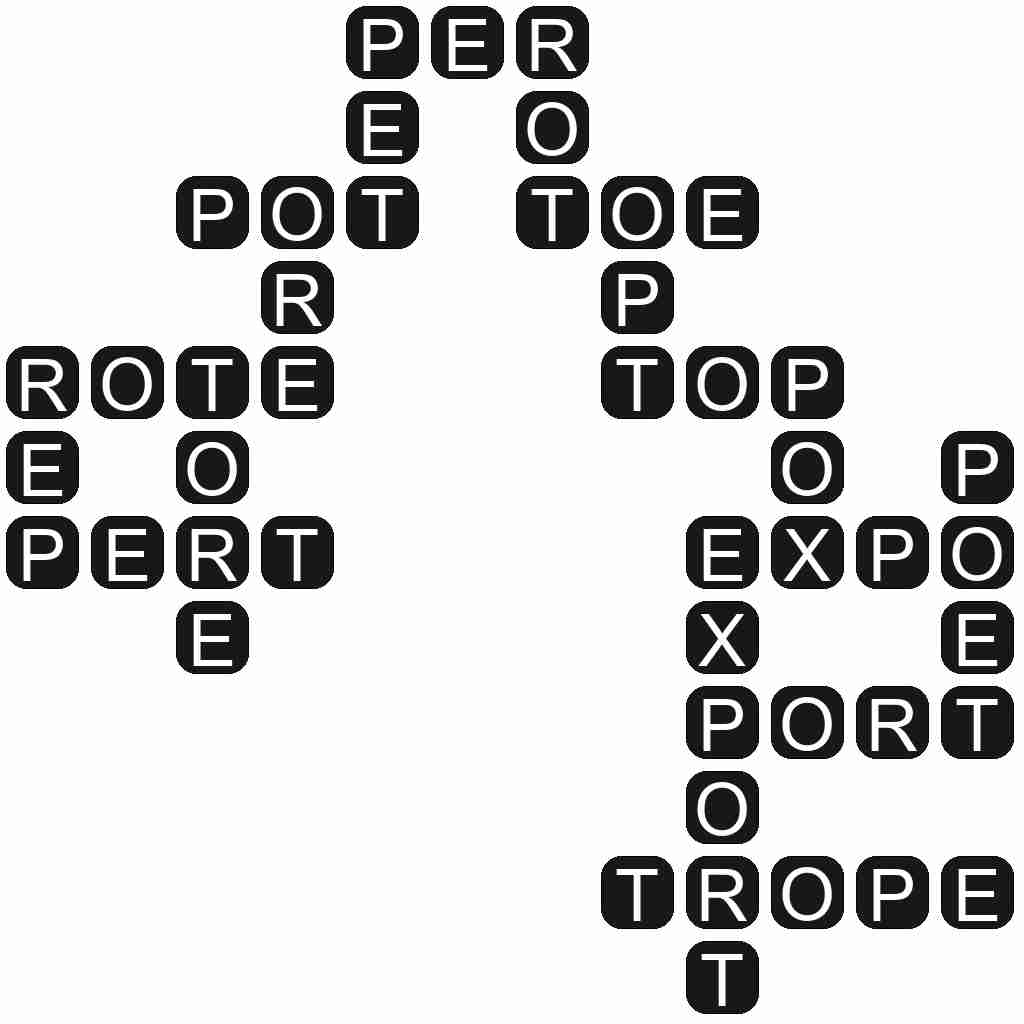 PERT - To behave with pertness.

EXPORT - Of or relating to exportation or exports.