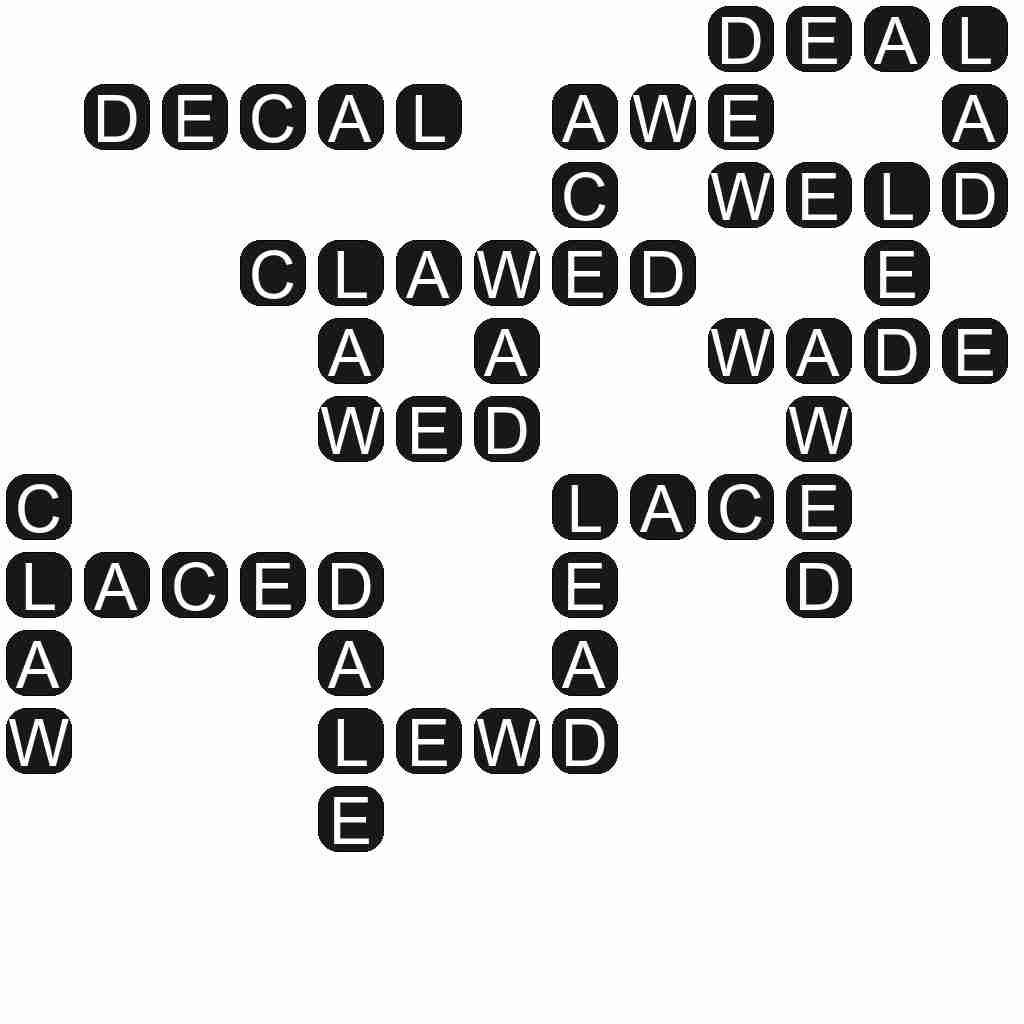 WADE - To walk through water or something that impedes progress.

AWED - Simple past tense and past participle of awe.

LACED - Tainted with something, especially a drug.

DECAL - A design or picture produced in order to be transferred to another surface either permanently or temporarily.

CLAWED - Simple past tense and past participle of claw.