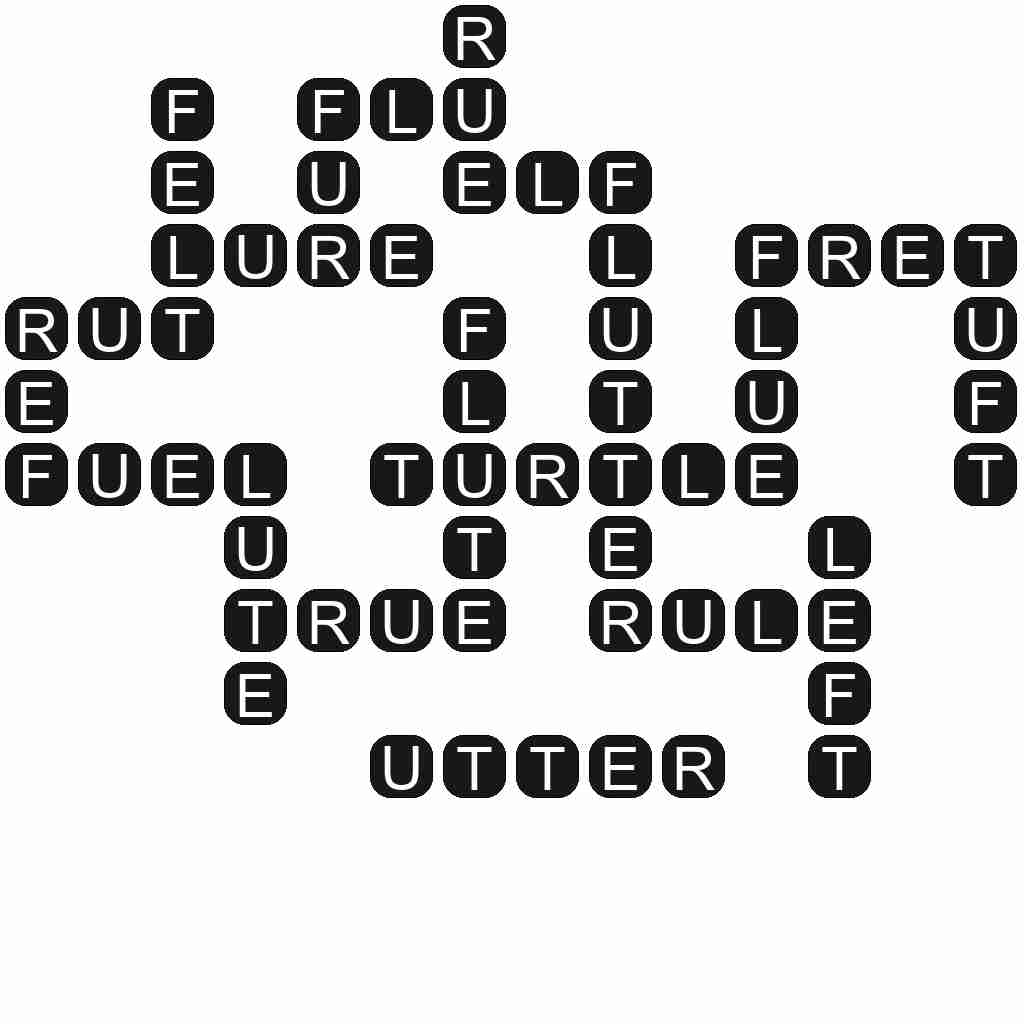 FELT - A cloth or stuff made of matted fibres of wool, or wool and fur, fulled or wrought into a compact substance by rolling and pressure, with lees or size, without spinning or weaving.

FUEL - Substance consumed to provide energy through combustion, or through chemical or nuclear reaction.

LEFT - The opposite of right; toward the west when one is facing north.

FRET - A fog or mist at sea or coming inland from the sea.

FLUE - A pipe or duct that carries gaseous combustion products away from the point of combustion (such as a furnace).

TUFT - A bunch of feathers, grass or hair, etc., held together at the base.

FLUTE - A woodwind instrument consisting of a metal, wood or bamboo tube with a row of circular holes and played by blowing across a hole in the side of one end or through a narrow channel at one end against a sharp edge, while covering none, some or all of the holes with the fingers to vary the note played.

TURTLE - Any land or marine reptile of the order Testudines, characterised by a protective shell enclosing its body.

FLUTTER - To flap or wave quickly but irregularly.