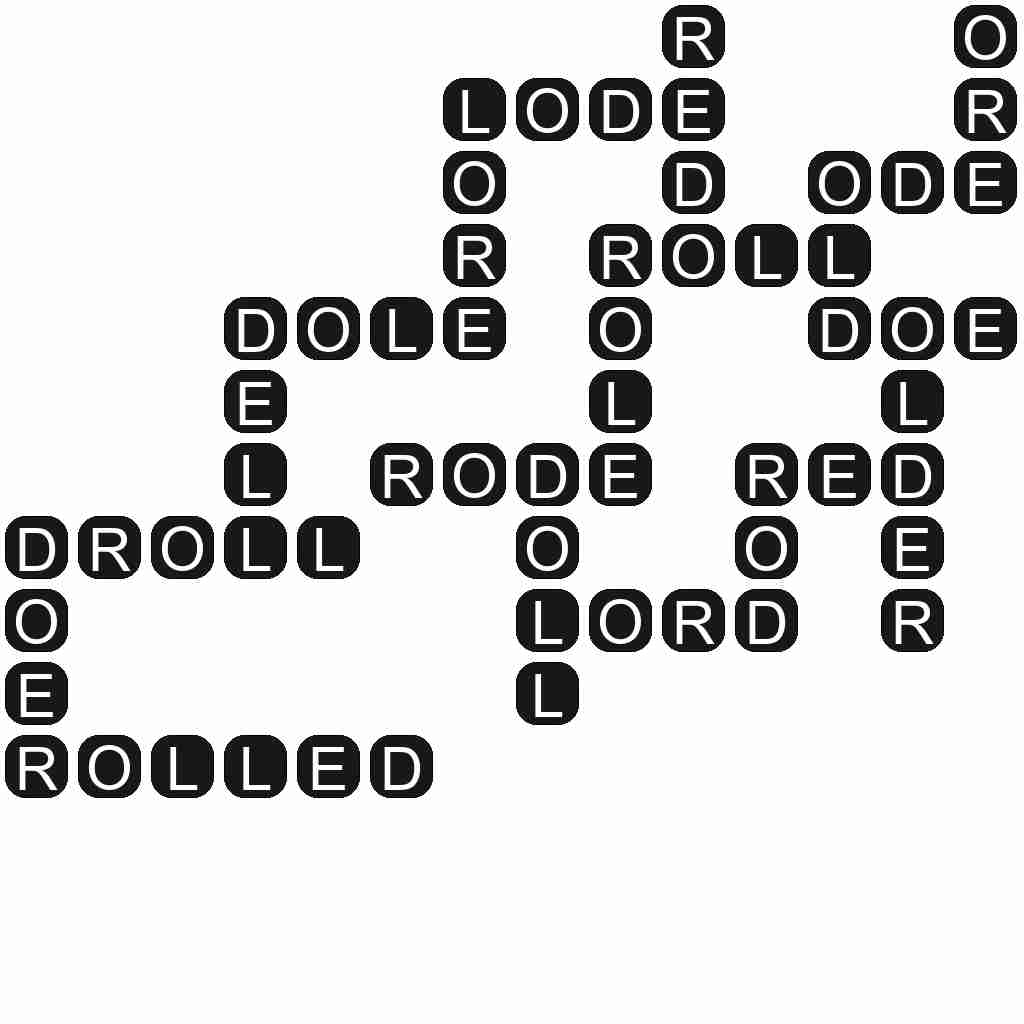 LORD - The master of a household.

ROLLED - Simple past tense and past participle of roll.