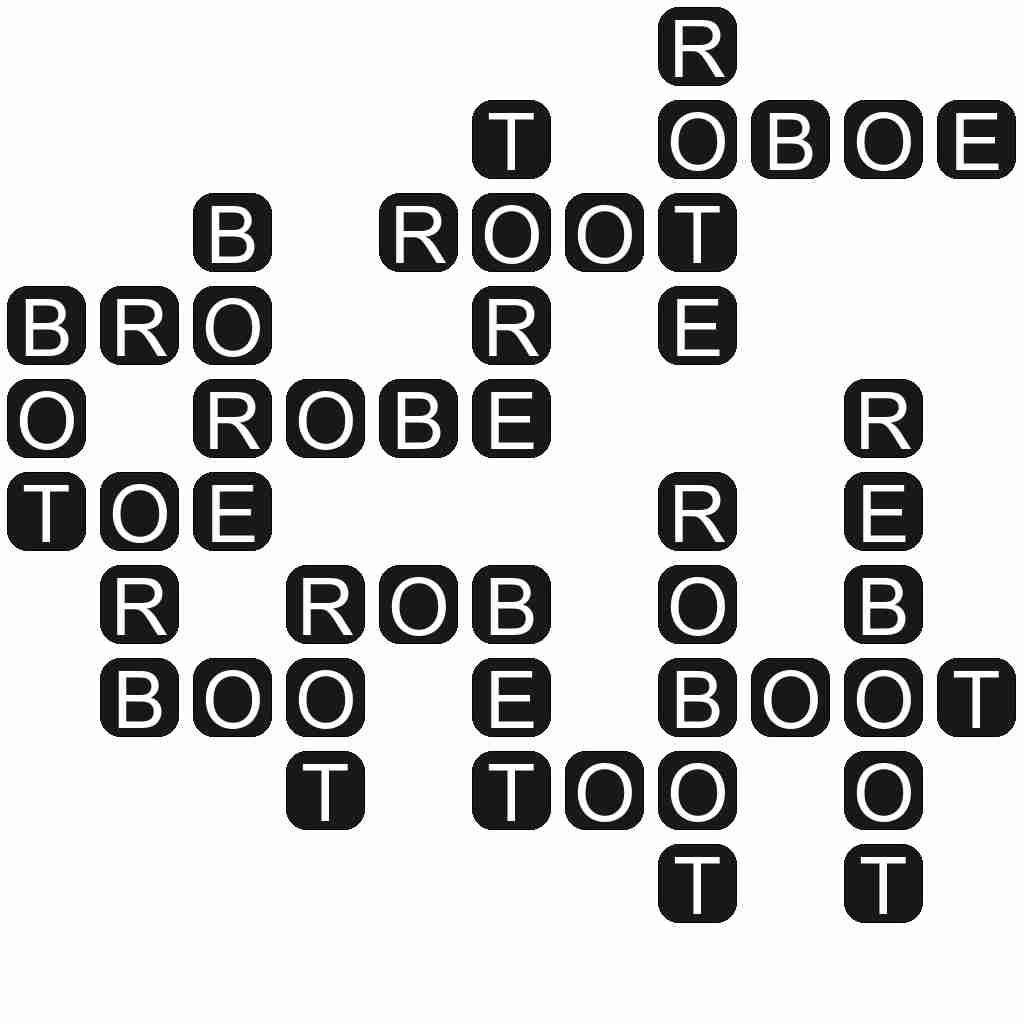 OBOE - A soprano and melody wind instrument in the modern orchestra and wind ensemble. It is a smaller instrument and generally made of grendilla wood. It is a member of the double reed family.

ROBOT - A machine built to carry out some complex task or group of tasks, especially one which can be programmed.

REBOOT - An instance of rebooting.