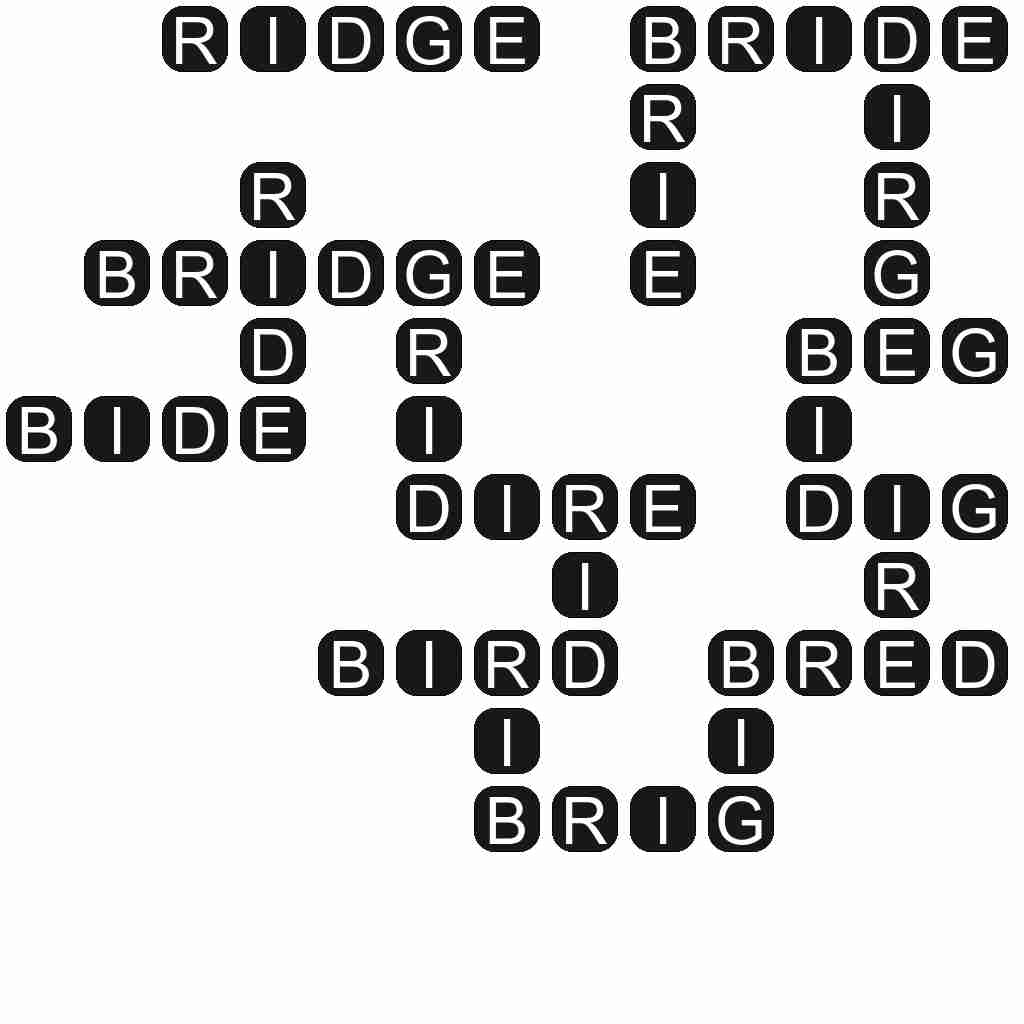 BRIG - A two-masted vessel, square-rigged on both foremast and mainmast.

BRIDGE - A construction or natural feature that spans a divide.