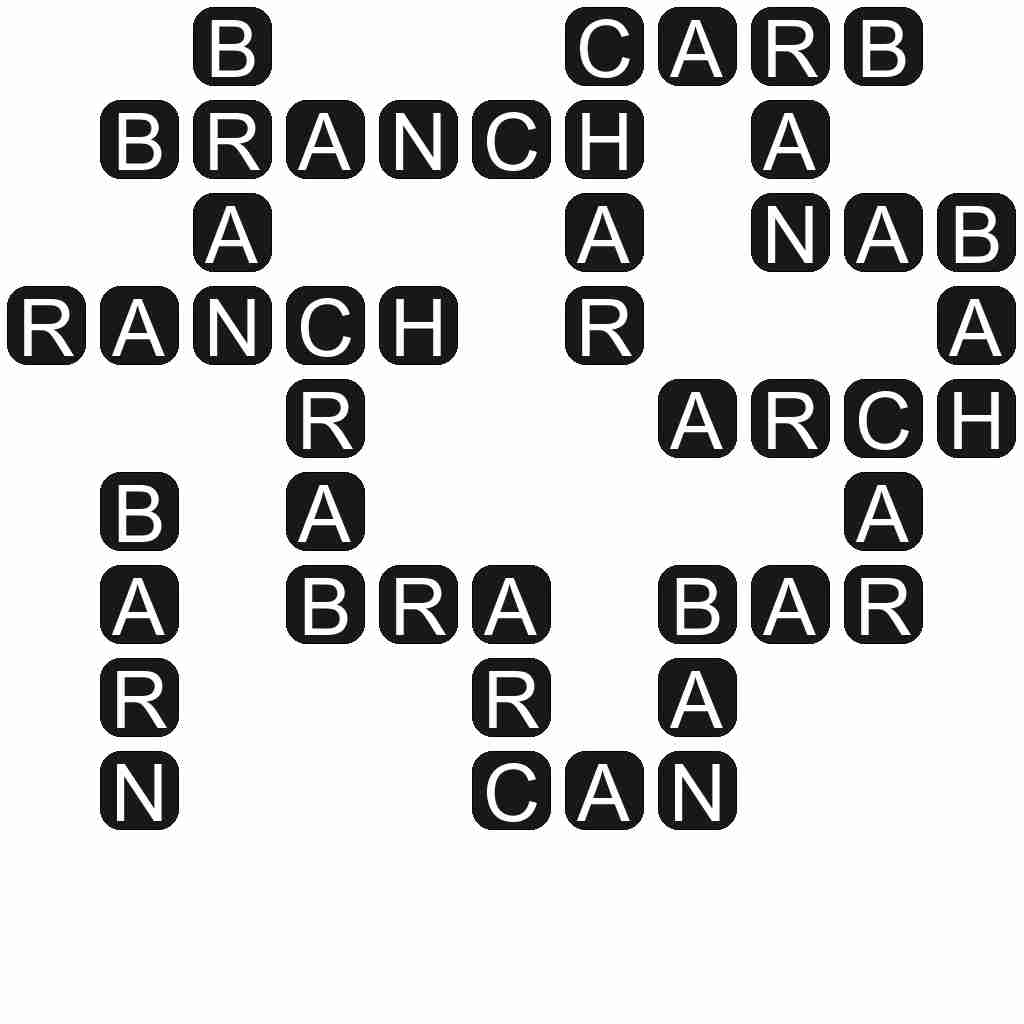 CRAB - A crustacean of the infraorder Brachyura, having five pairs of legs, the foremost of which are in the form of claws, and a carapace.

RANCH - A large plot of land used for raising cattle, sheep or other livestock.

BRANCH - The woody part of a tree arising from the trunk and usually dividing.