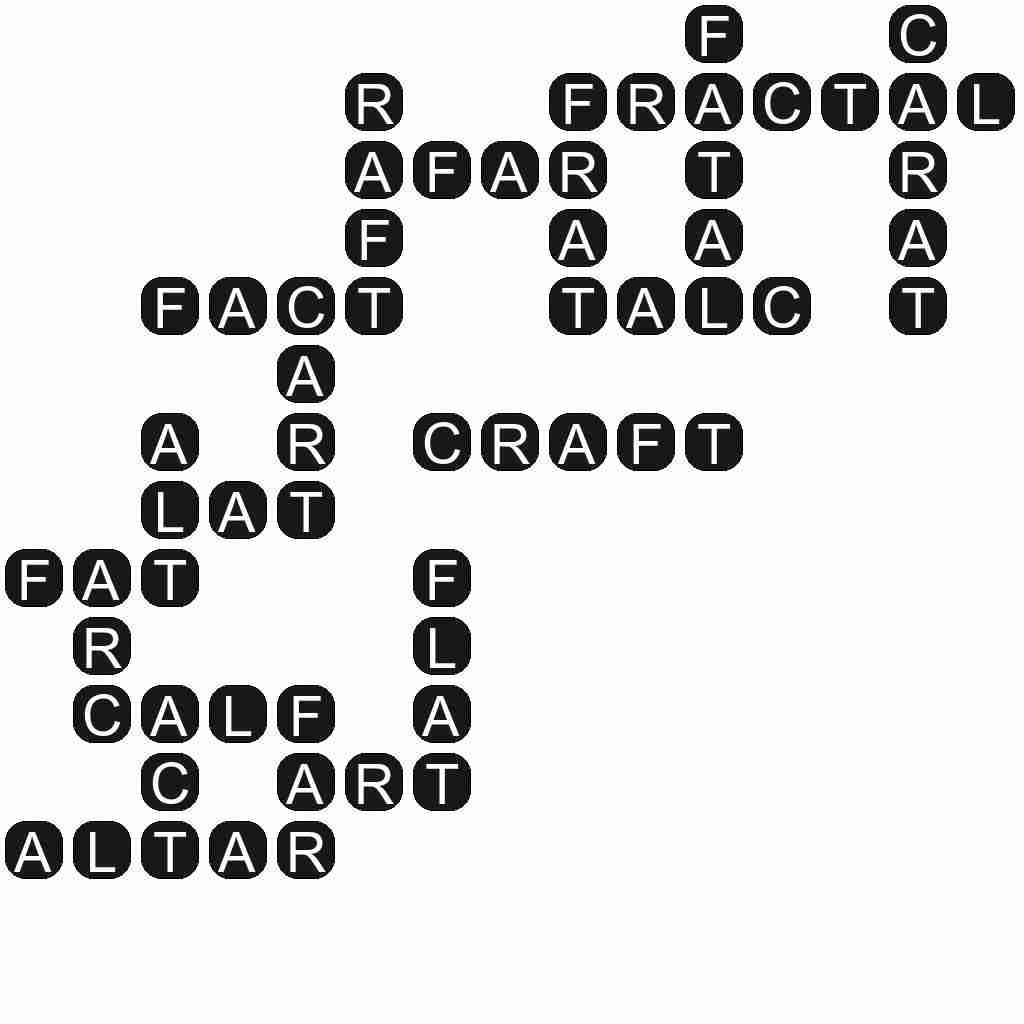 TALC - A soft mineral of a soapy feel and a greenish, whitish, or grayish color, usually occurring in foliated masses.

FATAL - Proceeding from, or appointed by, fate or destiny.

CARAT - A unit of weight for precious stones and pearls, equivalent to 200 milligrams.

FRACTAL - A geometric figure that repeats itself under several levels of magnification, and that shows self-similarity on all scales.