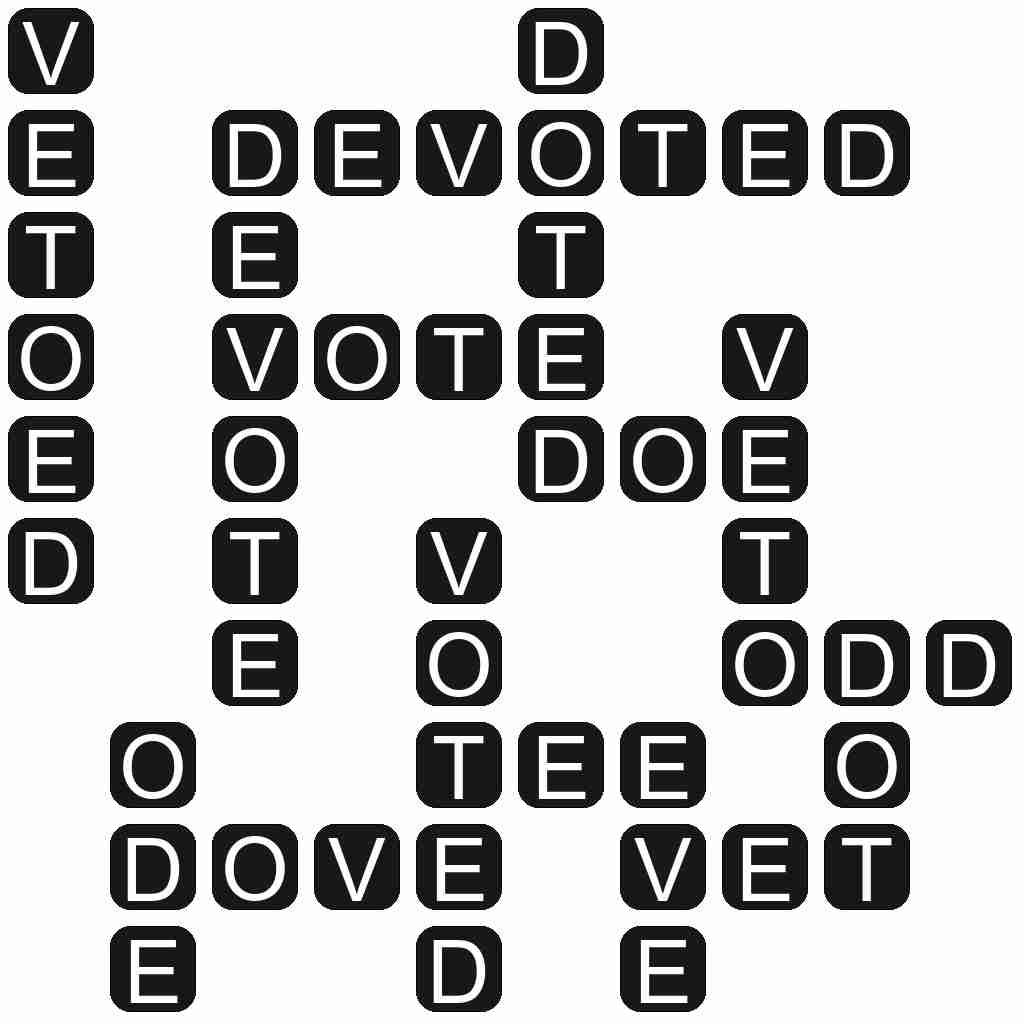 DOTED - Simple past tense and past participle of dote.

VOTED - Simple past tense and past participle of vote.

DEVOTE - To give one's time, focus one's efforts, commit oneself, etc. entirely for, on, or to a certain matter.

VETOED - Simple past tense and past participle of veto.