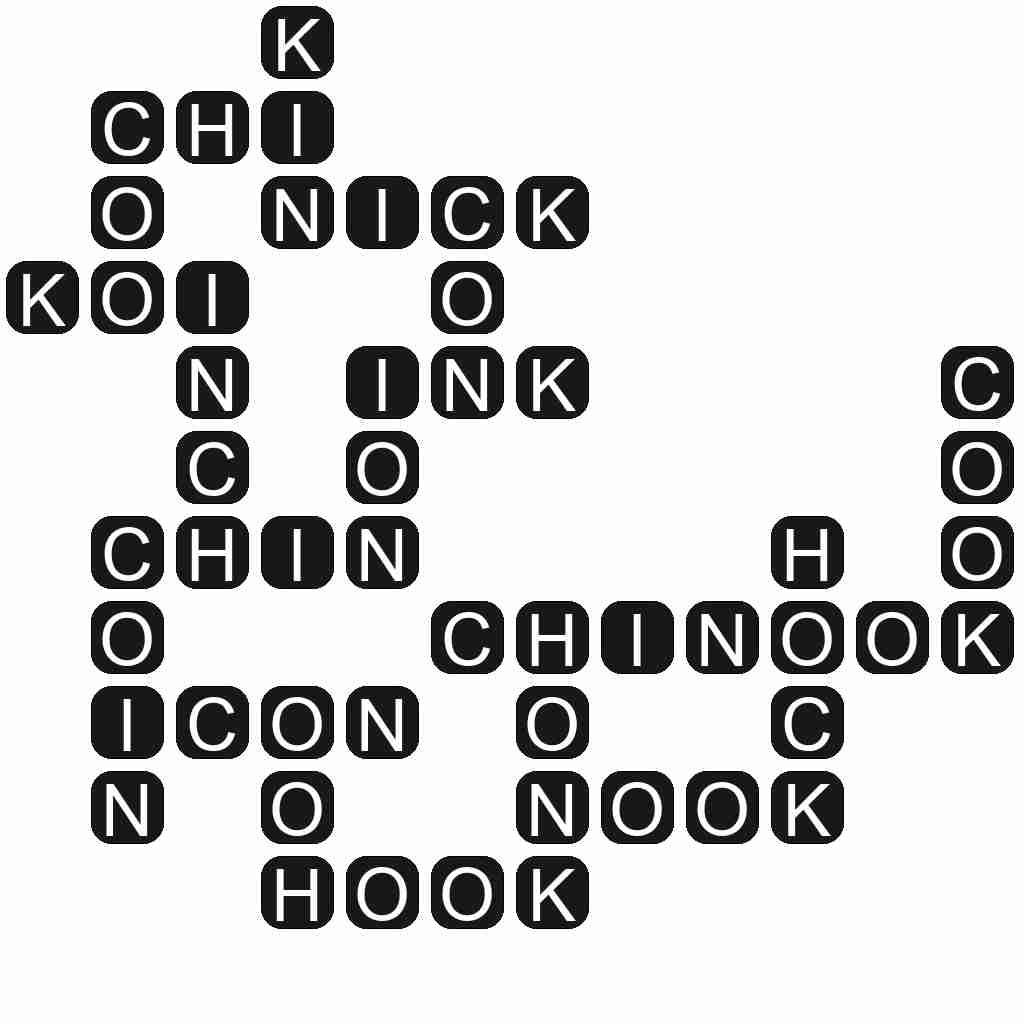 OOH - An expression of surprise.

KOI - Ornamental domesticated varieties of the common carp, Cyprinus carpio, of Japan and eastern Asia with red-gold or white coloring.

CHIN - The bottom of a face, especially, the lower jaw or the region below the mouth.

HOOK - A rod bent into a curved shape, typically with one end free and the other end secured to a rope or other attachment.

INCH - A unit of length equal to one-twelfth of a foot and equivalent to exactly 2.54 centimetres.

NICK - A small cut in a surface.

NOOK - An English unit of land area, originally ¼ of a yardland but later 12½ or 20 acres.

CHINOOK - The descending, warm, dry wind on the eastern side of the Rocky Mountains. The chinook generally blows from the southwest, but its direction may be modified by topography. When it sets in after a spell of intense cold, the temperature may rise by 20-40°F in 15 minutes due to replacement of a cold air mass with a much warmer air mass in minutes.

COOK - A person who prepares food for a living.