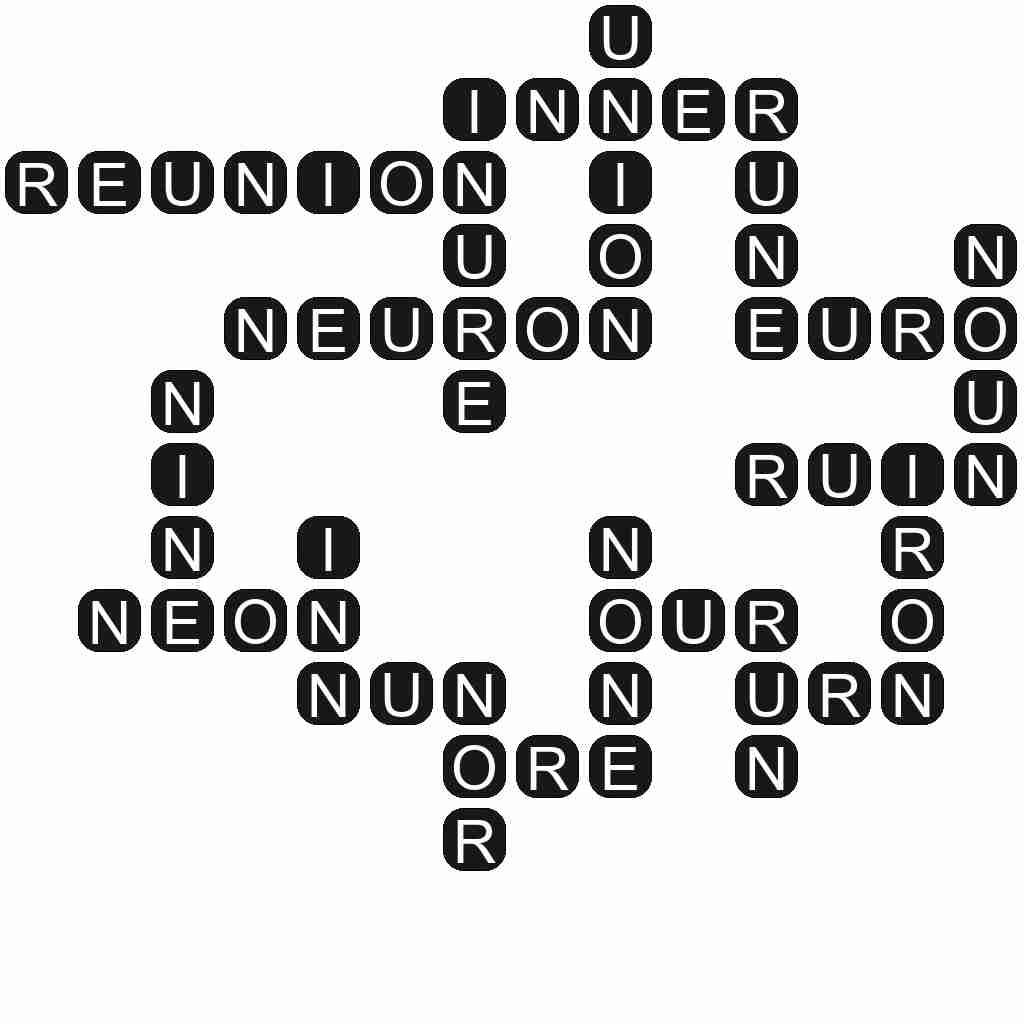 NEON - The chemical element (symbol Ne) with an atomic number of 10.

NONE - Not any (one) of a given number or group of things. With singular or plural concord.

EURO - The currency unit of the European Monetary Union.

NOUN - A word that can be used to refer to a person, animal, place, thing, phenomenon, substance, quality, or idea; one of the basic parts of speech in many languages, including English.

INNER - Being or occurring (farther) inside, situated farther in, located (situated) or happening on the inside of something, situated within or farther within contained within something (inner door, inner room, inner sanctum, inner surface).

UNION - The act of uniting or joining two or more things into one.

INURE - To take effect, to be operative.

NEURON - A cell of the nervous system, which conducts nerve impulses; consisting of an axon and several dendrites. Neurons are connected by synapses.

REUNION - The process or act of reuniting.