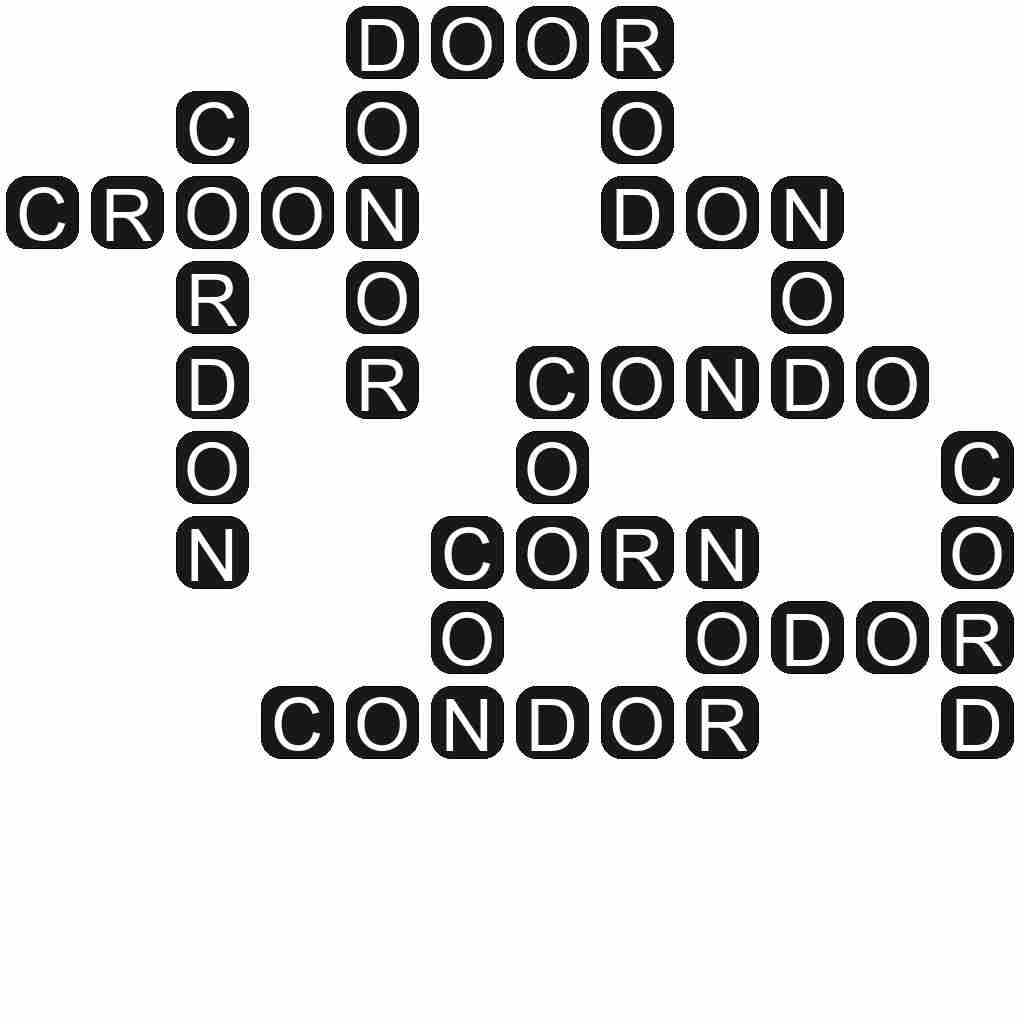 DOOR - A portal of entry into a building or room, consisting of a rigid plane movable on a hinge. Doors are frequently made of wood or metal. May have a handle to help open and close, a latch to hold the door closed, and a lock that ensures the door cannot be opened without the key.

ODOR - Any smell, whether fragrant or offensive; scent; perfume.

DONOR - One who donates, typically, money.

CONDOR - Either of two New World vultures, Vultur gryphus of the Andes or Gymnogyps californianus, a nearly extinct vulture of the mountains of California.

CORDON - A ribbon normally worn diagonally across the chest as a decoration or insignia of rank etc.