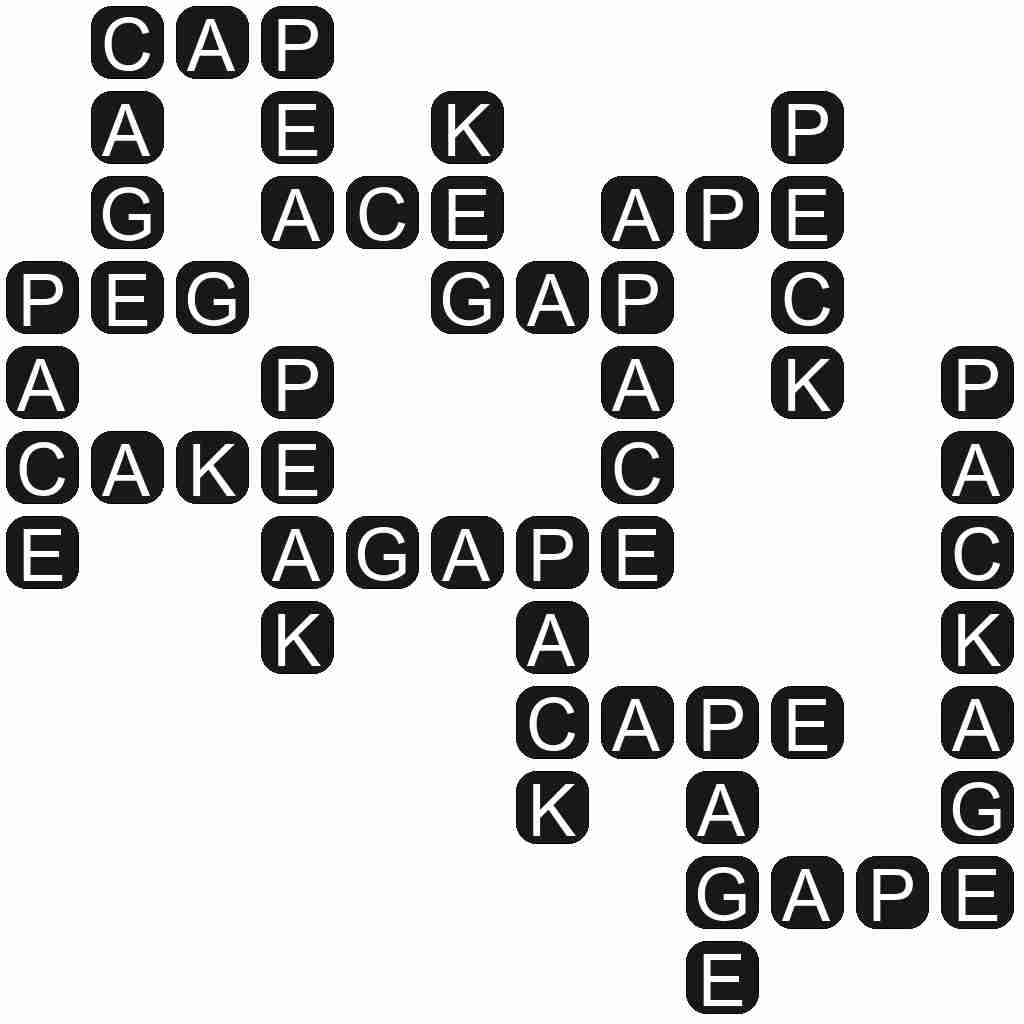 GAP - An opening in anything made by breaking or parting.

KEG - A round, traditionally wooden container of lesser capacity than a barrel, often used to store beer.

CAGE - An enclosure made of bars, normally to hold animals.

PAGE - One of the many pieces of paper bound together within a book or similar document.

GAPE - To open the mouth wide, especially involuntarily, as in a yawn, anger, or surprise.

AGAPE - Being in a state of astonishment, wonder, expectation, or eager attention; as with mouth hanging open.

PACKAGE - Something which is packed, a parcel, a box, an envelope.