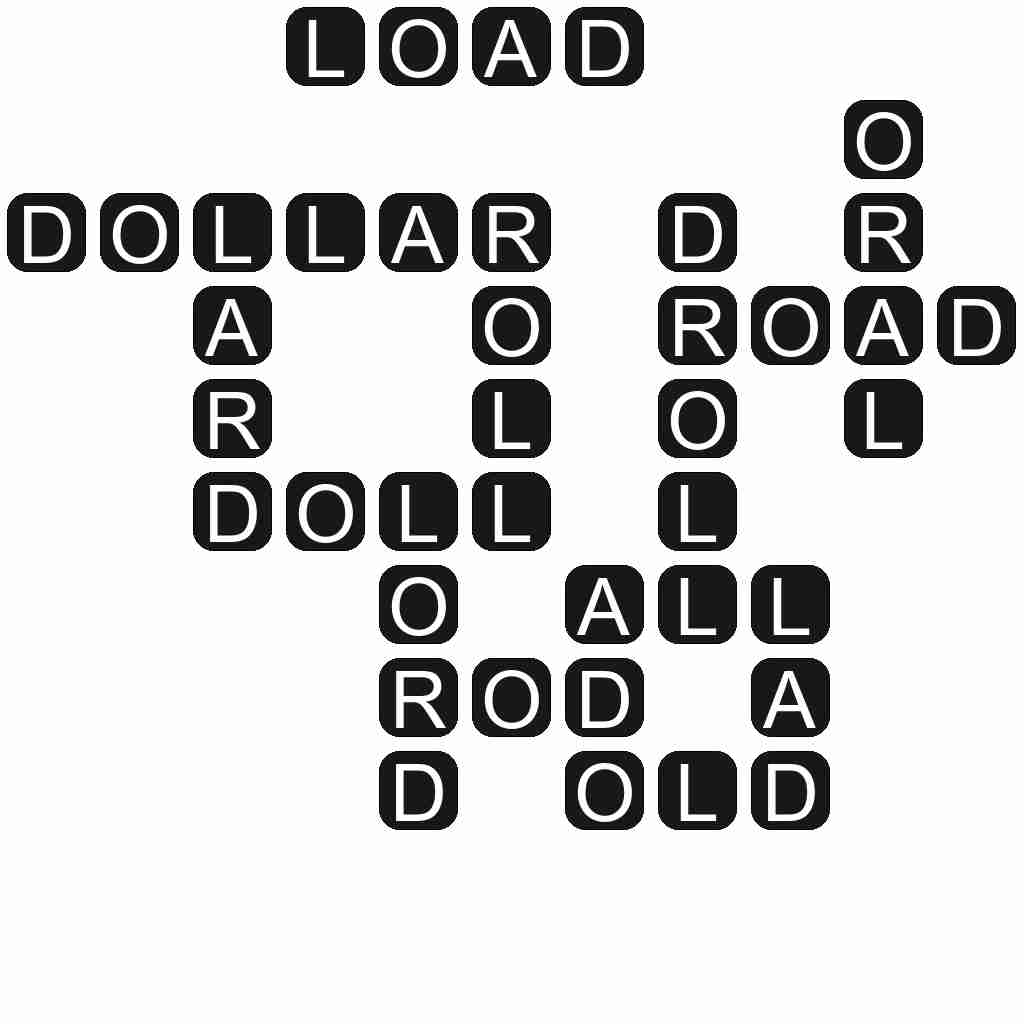 LOAD - A burden; a weight to be carried.

LORD - The master of a household.

ORAL - A physical examination of the mouth.

LARD - Fat from the abdomen of a pig, especially as prepared for use in cooking or pharmacy.

DOLLAR - Official designation for currency in some parts of the world, including Canada, Australia, the United States, Hong Kong, and elsewhere. Its symbol is $.