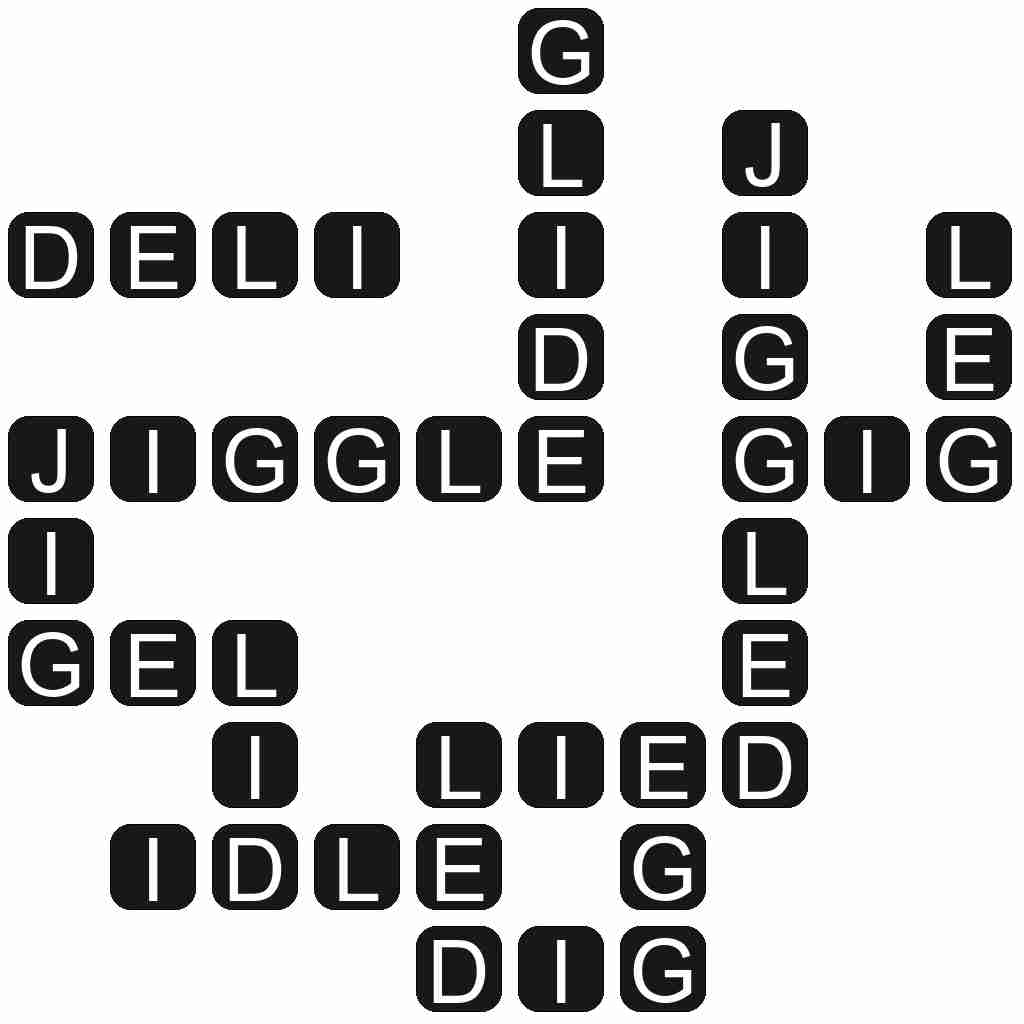 JIGGLE - To shake, rattle, or wiggle.

JIGGLED - Simple past tense and past participle of jiggle.