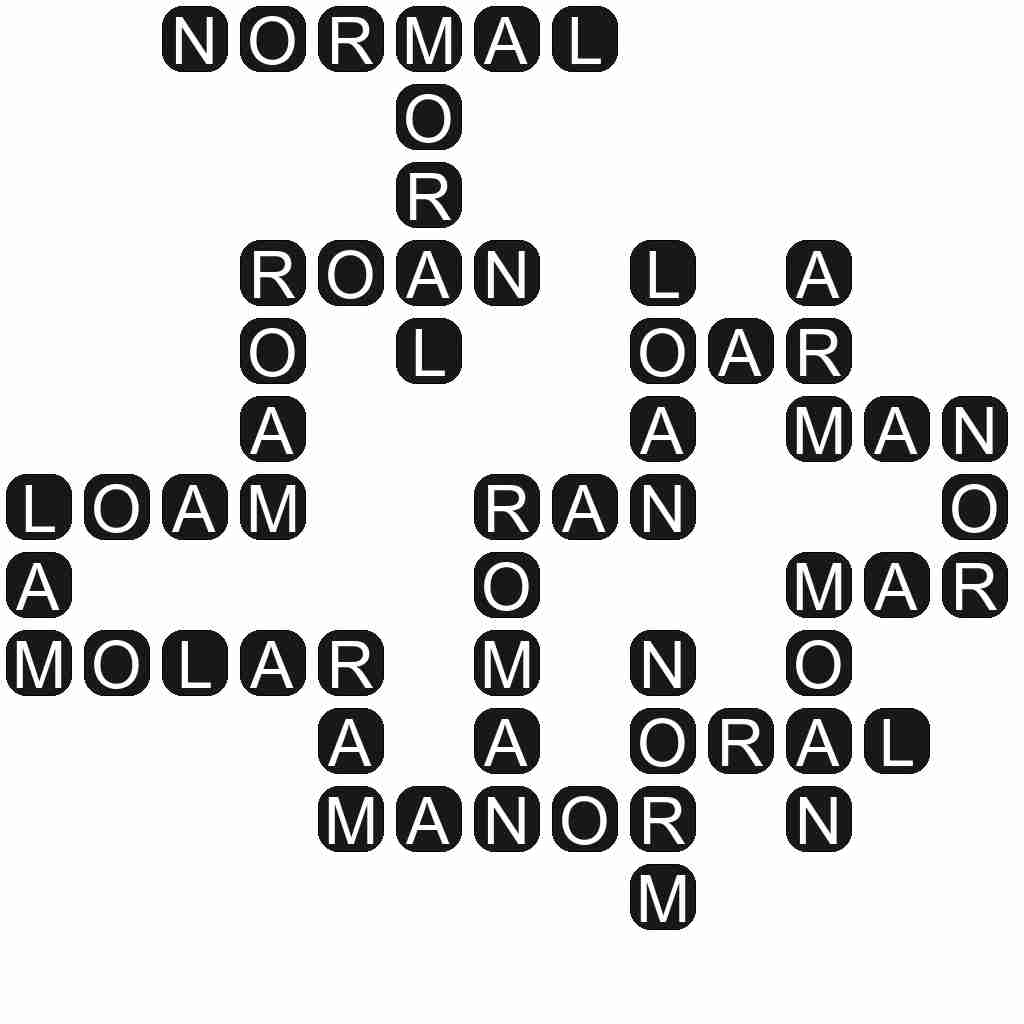 ORAL - A physical examination of the mouth.

NORM - That which is regarded as normal or typical.

MORAL - Of or relating to principles of right and wrong in behaviour, especially for teaching right behaviour.

ROMAN - Upright, as opposed to italic.

MOLAR - A back tooth having a broad surface used for grinding one's food.

NORMAL - According to norms or rules.