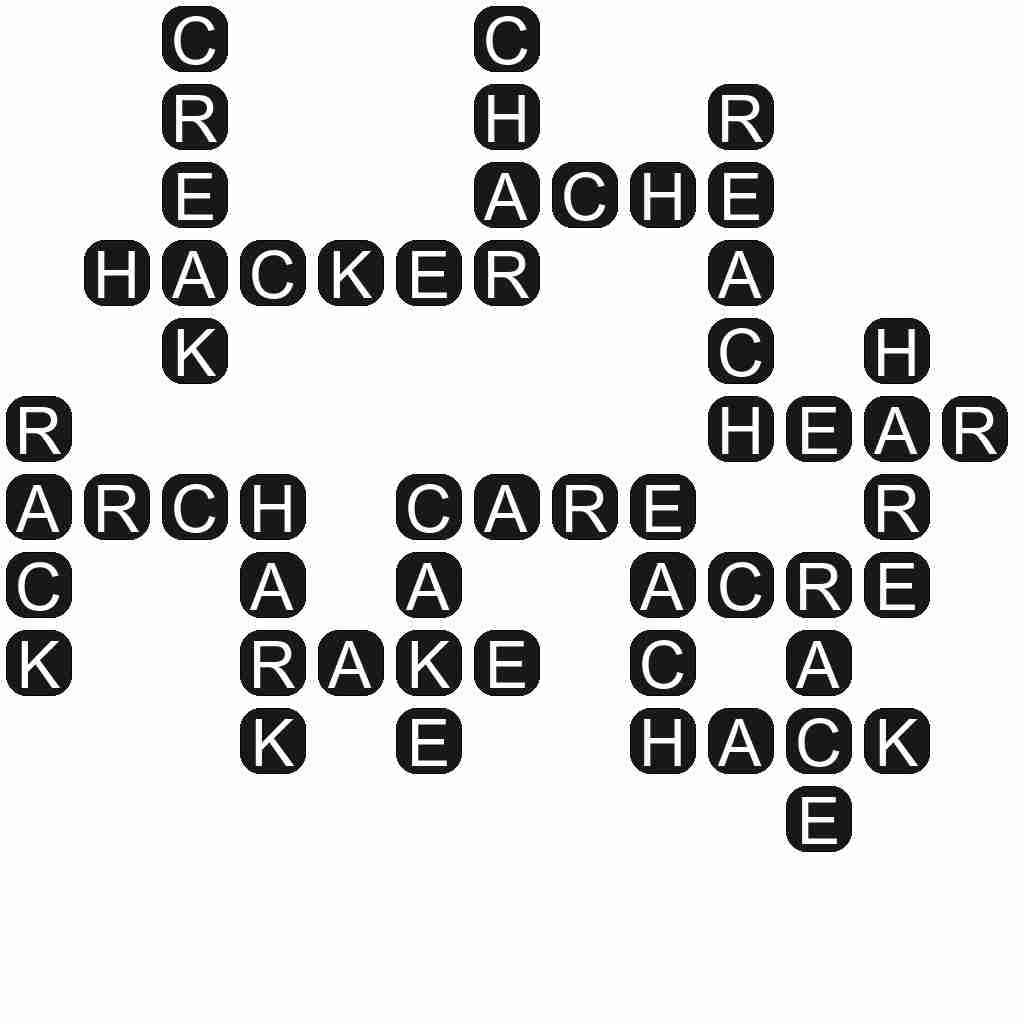 HARK - To listen attentively; often used in the imperative.

HACKER - Something which hacks, a tool or device for hacking.