The words included in this word game are:
EGG, EVE, GEE, GIG, VIE, GIVE, VEGGIE. 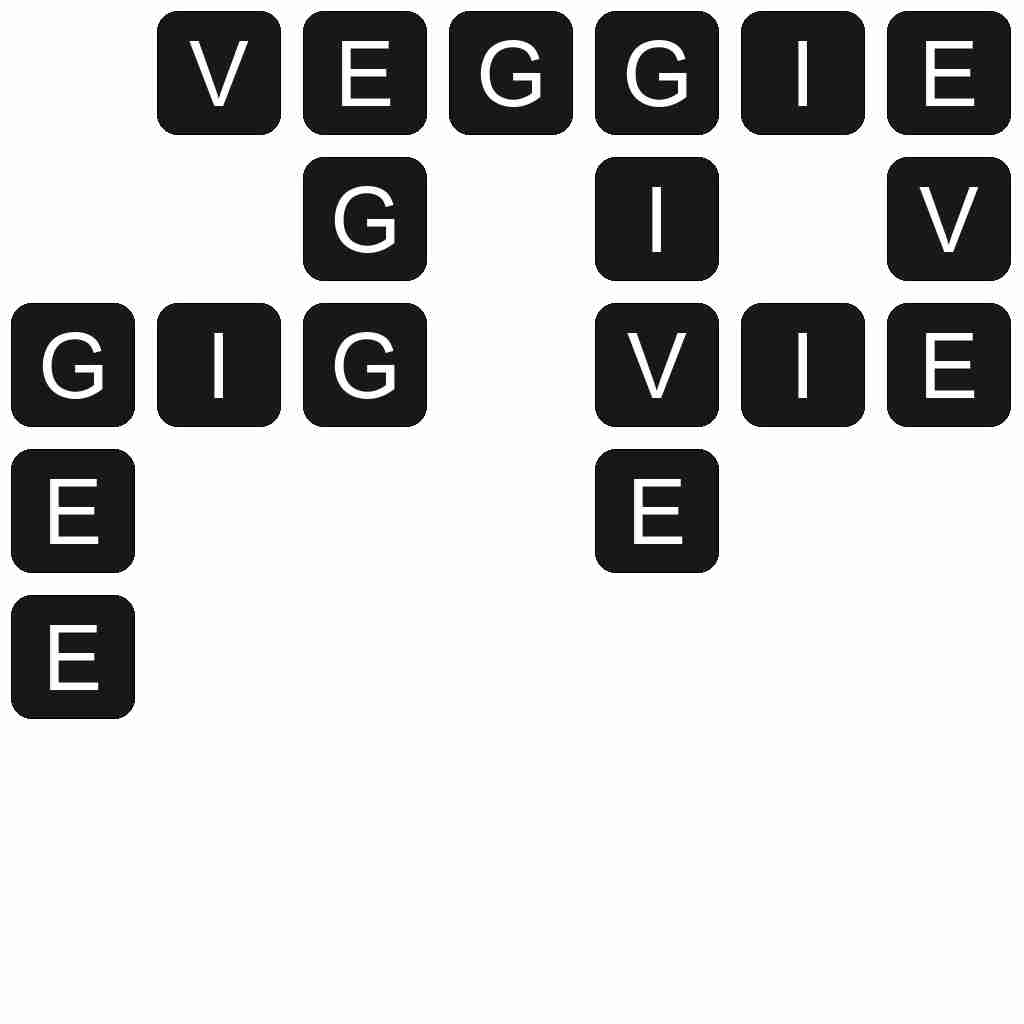 GIVE - To transfer one's possession or holding of (something) to (someone).