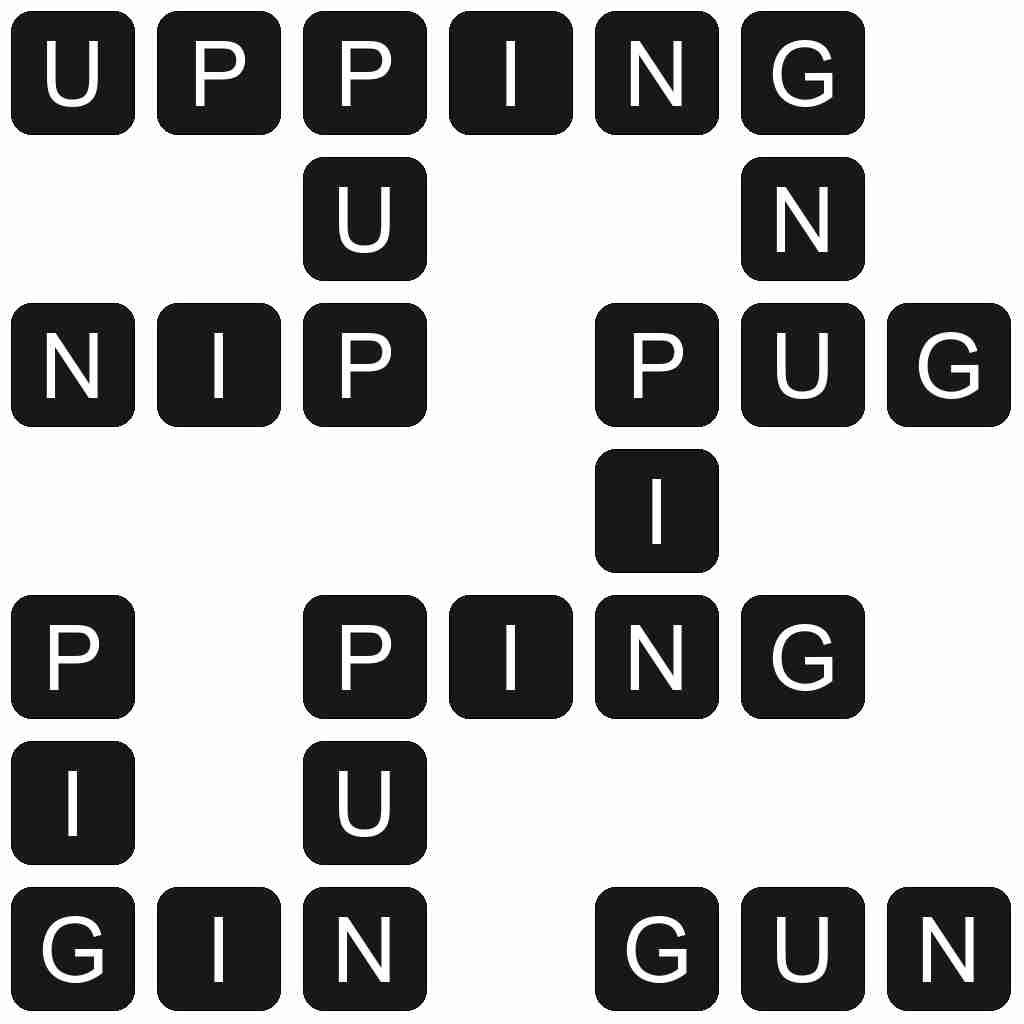 UPPING - Present participle of up.