The words included in this word game are:
GOT, GUT, HOG, HUG, HUH, HUT, TUG, THUG, GOUT, GOTH, THOU, OUGHT, TOUGH, THOUGH, THOUGHT. 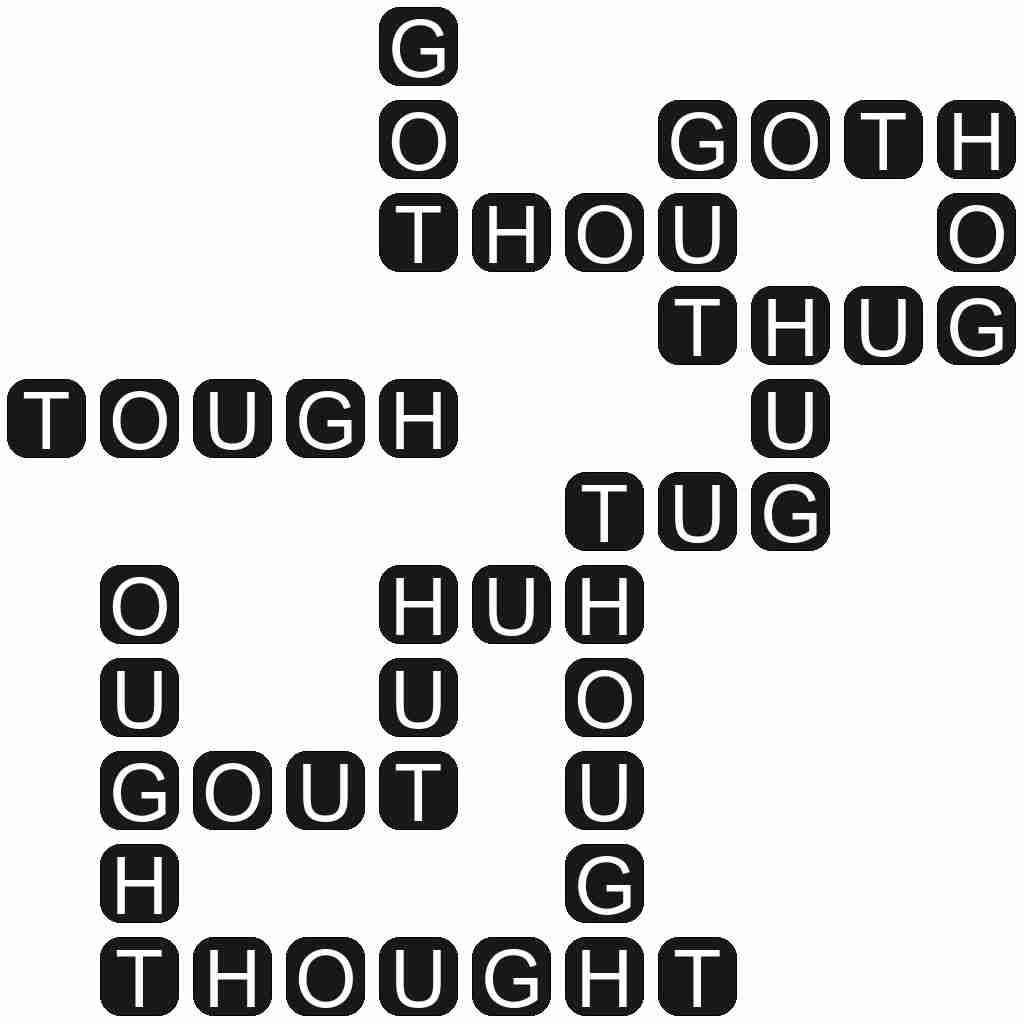 GOUT - An extremely painful inflammation of joints, especially of the big toe, caused by a metabolic defect resulting in the accumulation of uric acid in the blood and the deposition of urates around the joints.

GOTH - A punk-derived subculture of people who predominately dress in black.

THOU - You singular informal, nominative case.

OUGHT - Simple past of owe.

THOUGH - Despite that; however.

THOUGHT - Form created in the mind, rather than the forms perceived through the five senses; an instance of thinking.