Home » Wordscapes answers for all levels » 4184 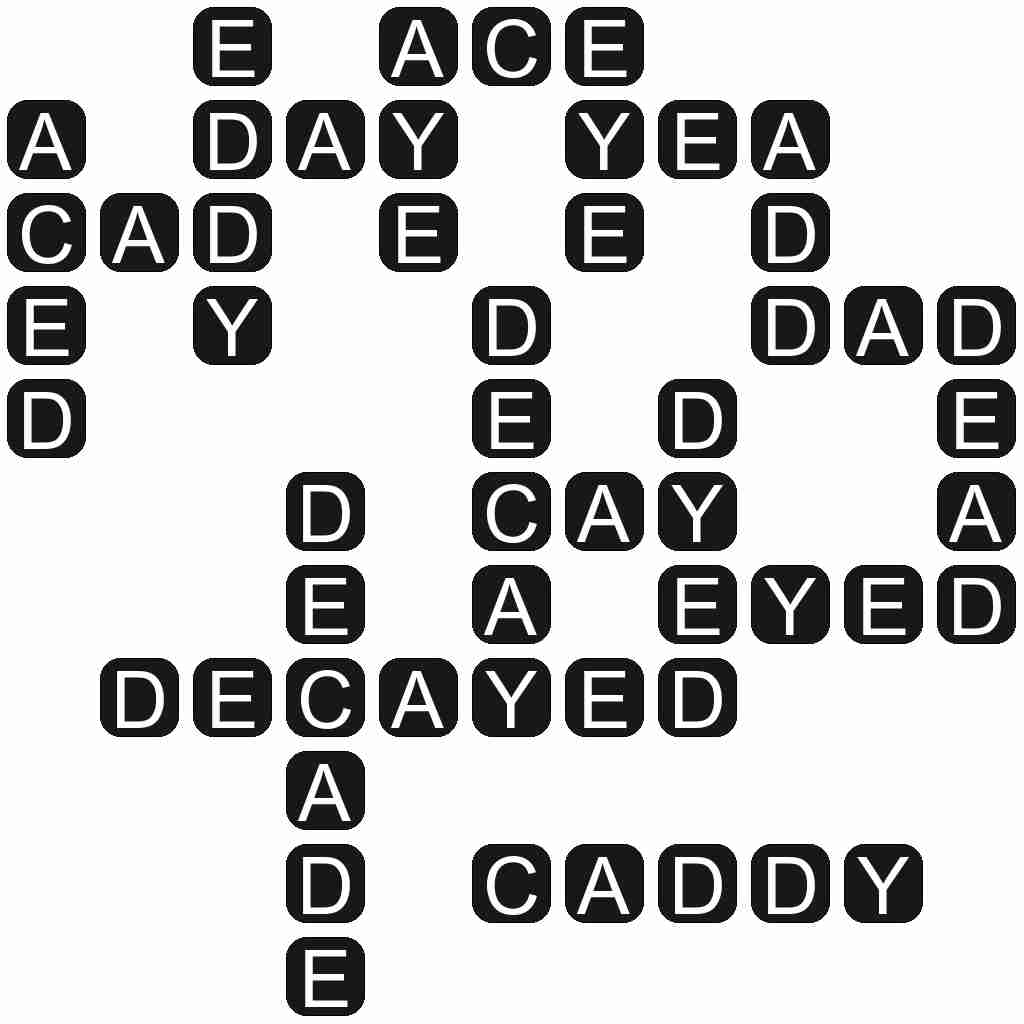 DYED - Coloured or tinted with dye.

ACED - Simple past tense and past participle of ace.

EDDY - A current of air or water running back, or in an opposite direction to the main current. Especially a circular current.

DECAY - The process or result of being gradually decomposed.

CADDY - One hired to assist another in playing the game of golf.

DECADE - A series of ten Hail Marys in the rosary.

DECAYED - Describing something that has, or is in process, of decaying.