Home » Wordscapes answers for all levels » 4171 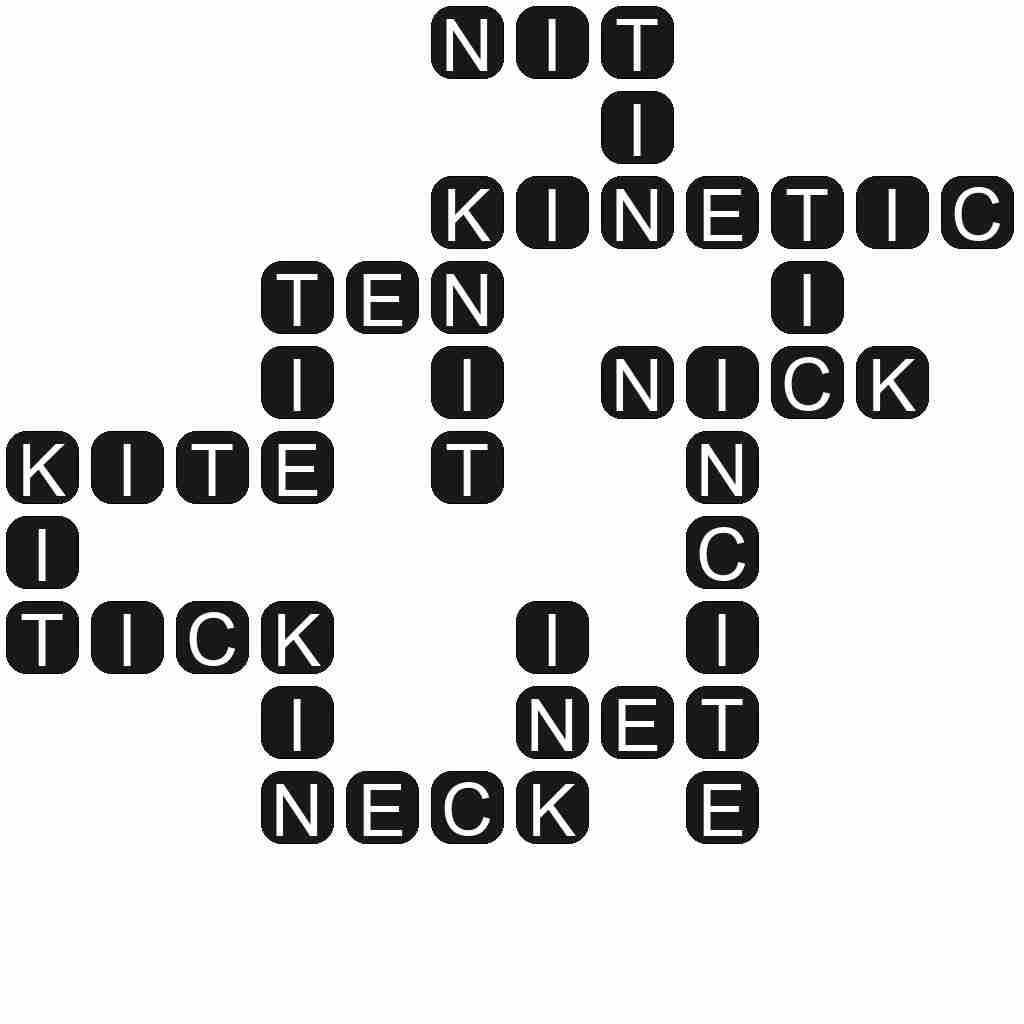 KIT - A circular wooden vessel, made of hooped staves.

KITE - Any of falconiform birds of prey in the subfamily Elaninae of the family Accipitridae with long wings and weak legs, feeding mostly on carrion and spending long periods soaring.

TICK - A tiny woodland arthropod of the order Acarina.

NICK - A small cut in a surface.

KNIT - And (intransitive) To turn thread or yarn into a piece of fabric by forming loops that are pulled through each other. This can be done by hand with needles or by machine.

INCITE - To rouse, stir up or excite.

KINETIC - Of or relating to motion.