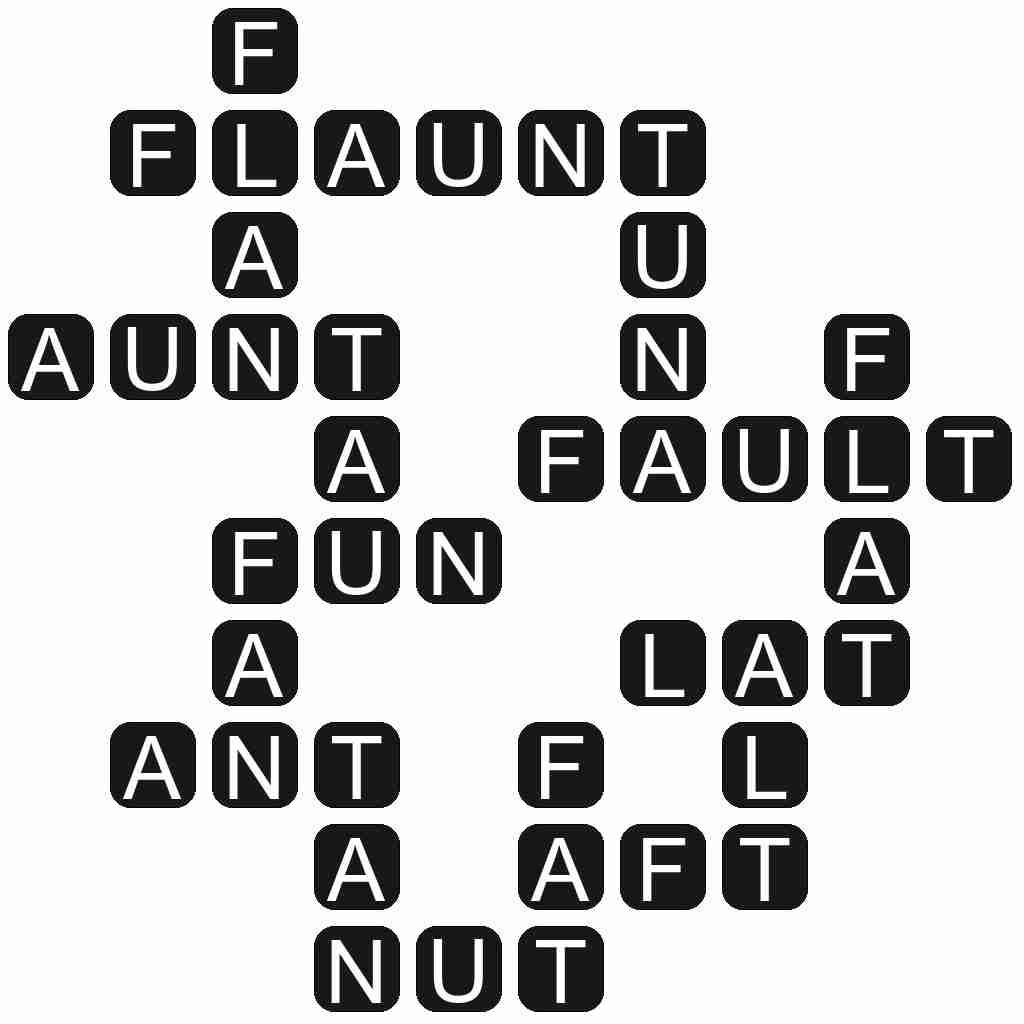 FAULT - A defect; something that detracts from perfection.

FLAUNT - To wave or flutter smartly in the wind.