The words included in this word game are:
ILL, DILL, WILL, IDLY, LILY, WILY, IDYLL, WILDLY. 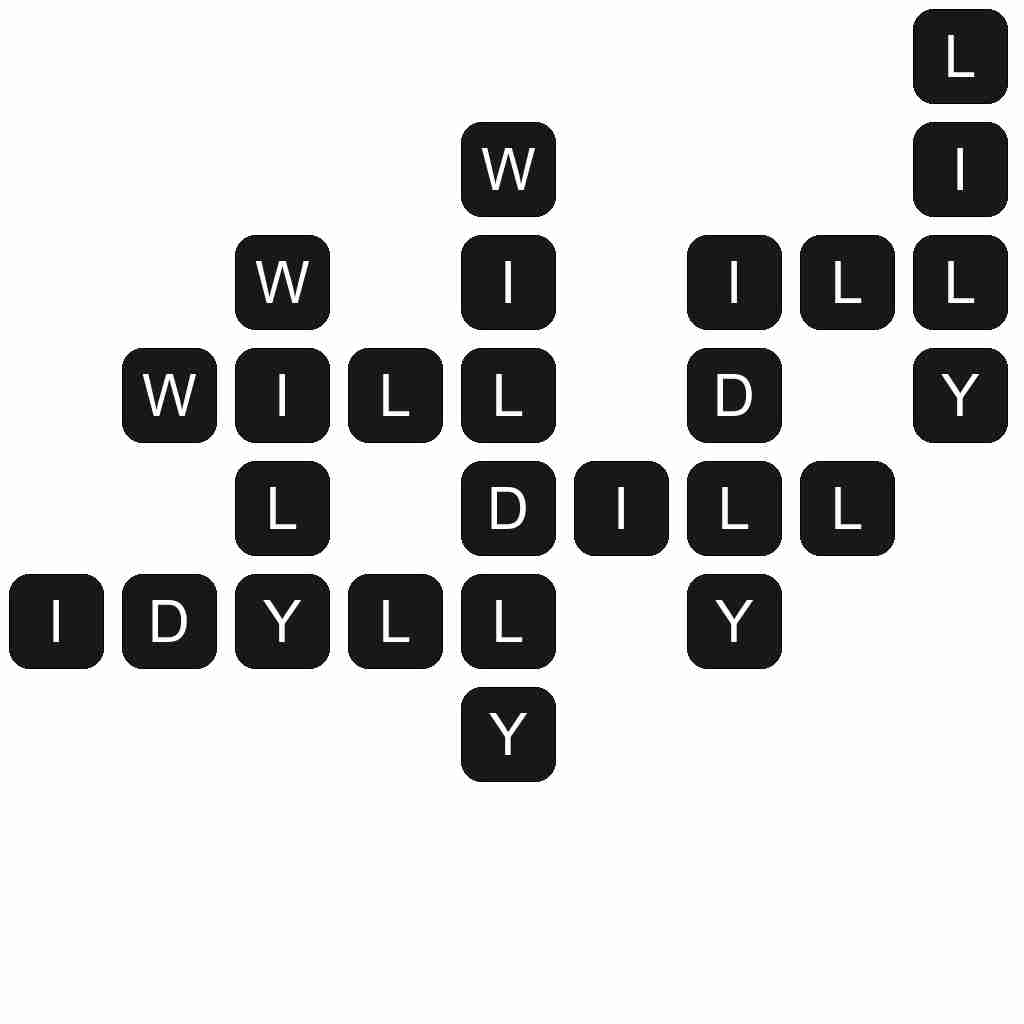 IDYLL - Any poem or short written piece composed in the style of Theocritus's short pastoral poems, the Idylls.

WILDLY - In a wild, uncontrolled manner.