The words included in this word game are:
NET, TEN, NEXT, TEEN, TENT, TEXT, TENET, EXTENT. 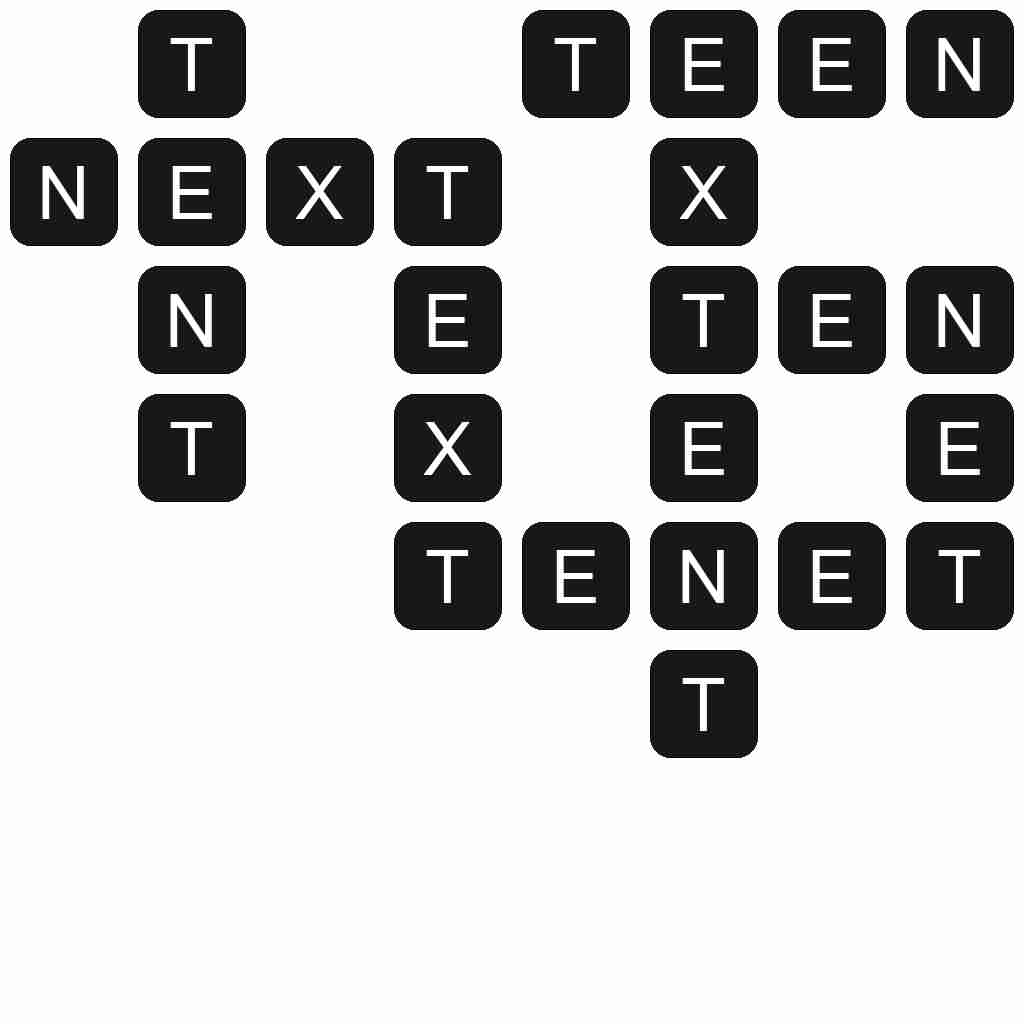 NEXT - Following in a sequence.

TENET - An opinion, belief, or principle held to be true by someone or especially an organization.

EXTENT - A range of values or locations.