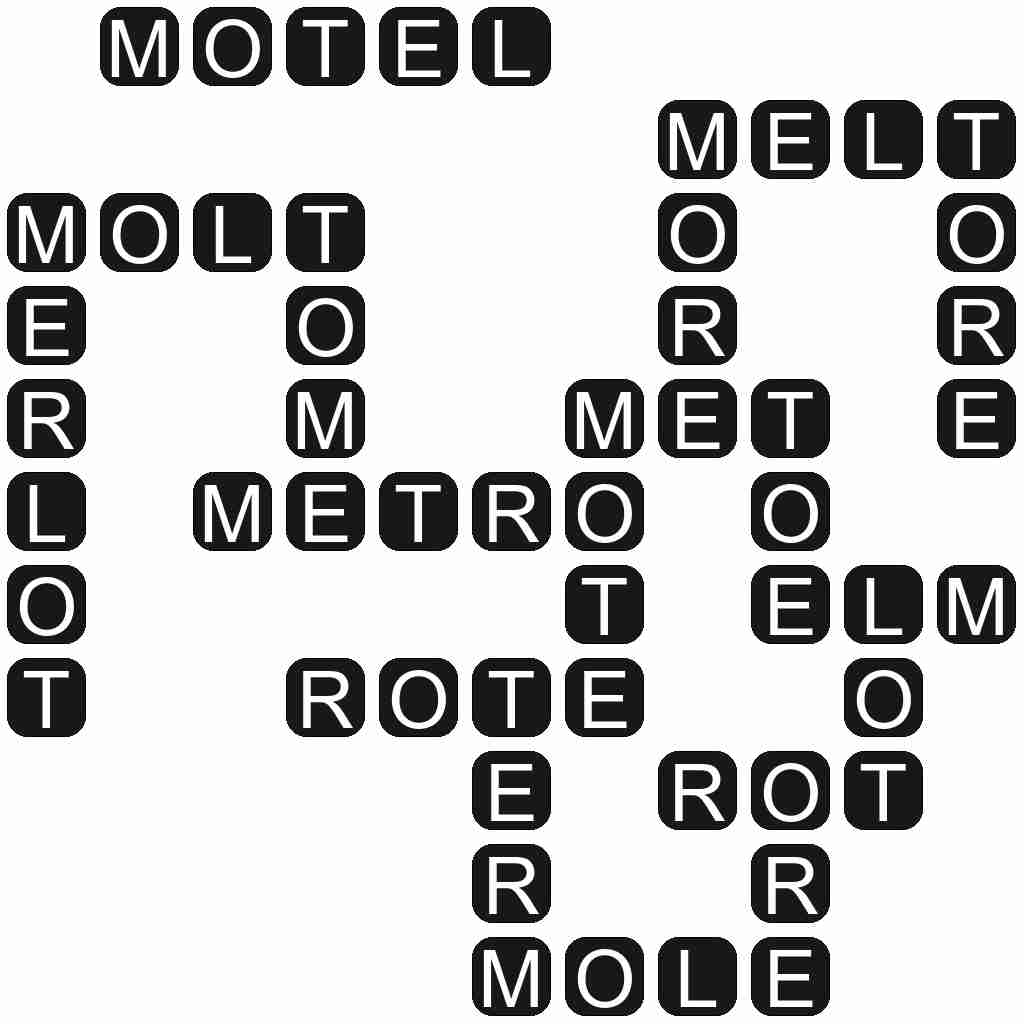 MORE - Comparative form of many: in greater number. (Used for a discrete quantity.).

TOME - One in a series of volumes.

MOLT - To shed hair, feathers, skin, horns etc. and replace it by a fresh layer.

MOTE - A small particle; a speck.

MOTEL - Lodging establishment typically featuring a series of rooms whose entrance is immediately adjacent to a parking lot, as might facilitate easy access to one's automobile during an overnight stay, particularly located near a major highway.

MERLOT - A black variety of grape, originally from the Bordeaux region of France.