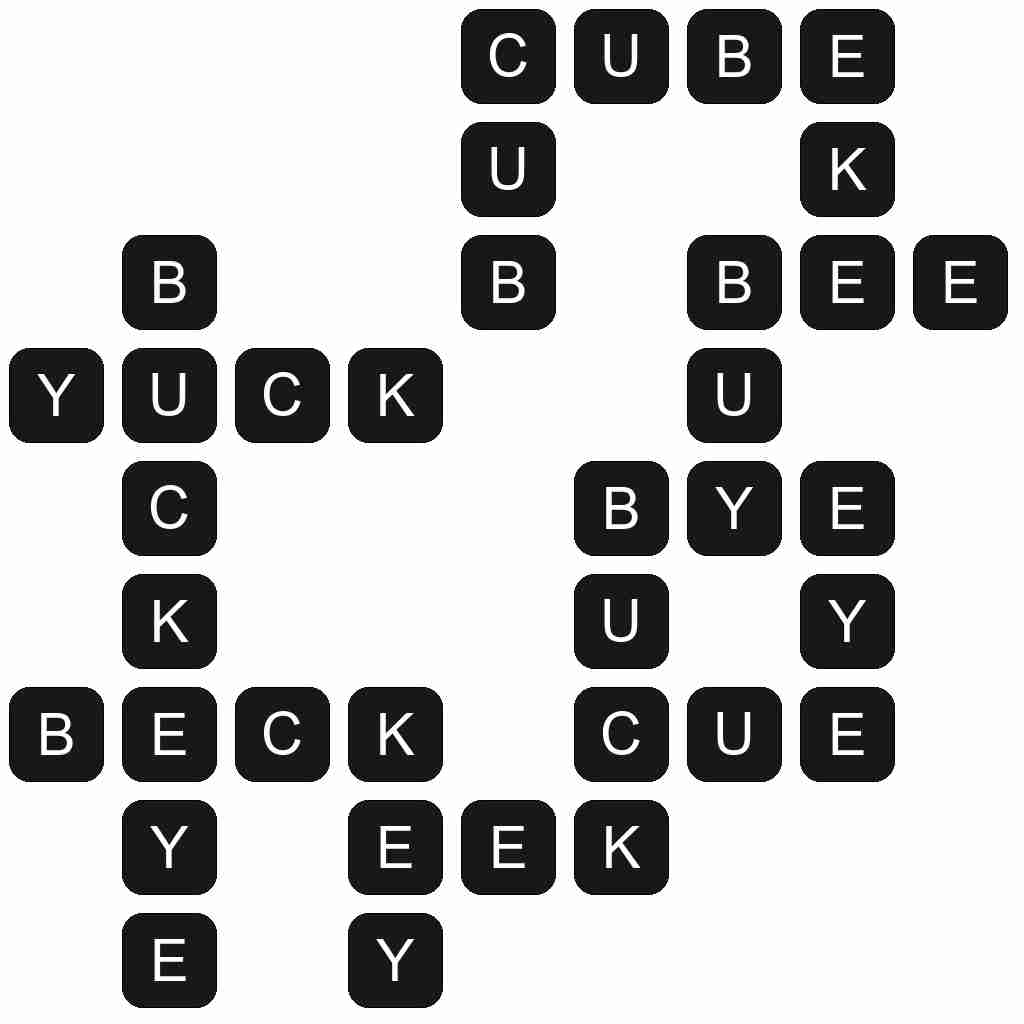 BUY - To obtain (something) in exchange for money or goods.

KEY - An object designed to open and close a lock.

BUCK - A male deer, antelope, sheep, goat, rabbit, hare, and sometimes the male of other animals such as the ferret and shad.

BECK - A stream or small river.

YUCK - Uttered to indicate disgust usually toward an objectionable taste or odour.

BUCKEYE - Any of several species of trees, of the genus Aesculus, or the related Mexican Buckeye (genus Ungnadia).