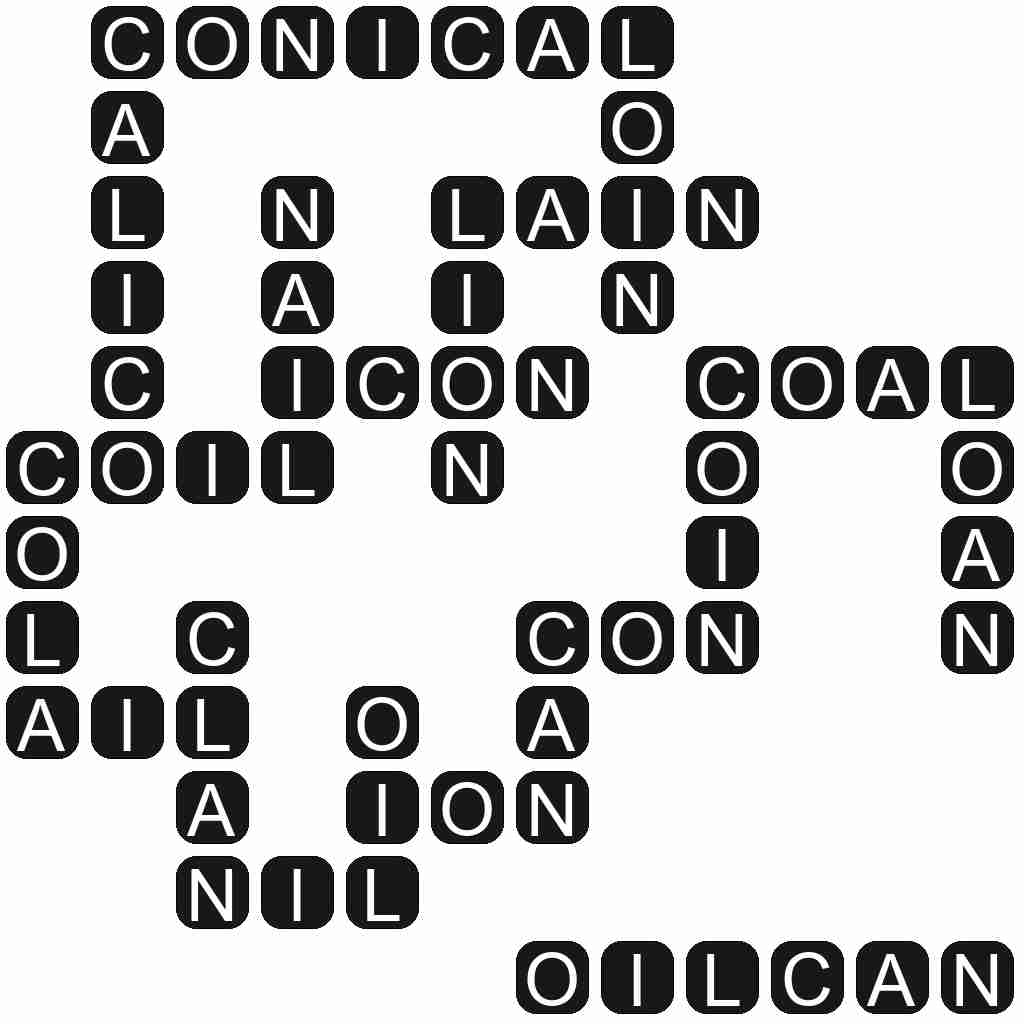 CALICO - Having a pattern of red and contrasting areas, resembling the color of calico cloth.

OILCAN - A container with a long spout, for containing oil and delivering it in drops or small quantities for lubricating machinery.

CONICAL - Of or relating to a cone or cones.