Home » Wordscapes answers for all levels » 4097

The words included in this word game are:
NOT, POT, TON, TOO, TOP, OPT, NOON, ONTO, TOON, PONTOON. 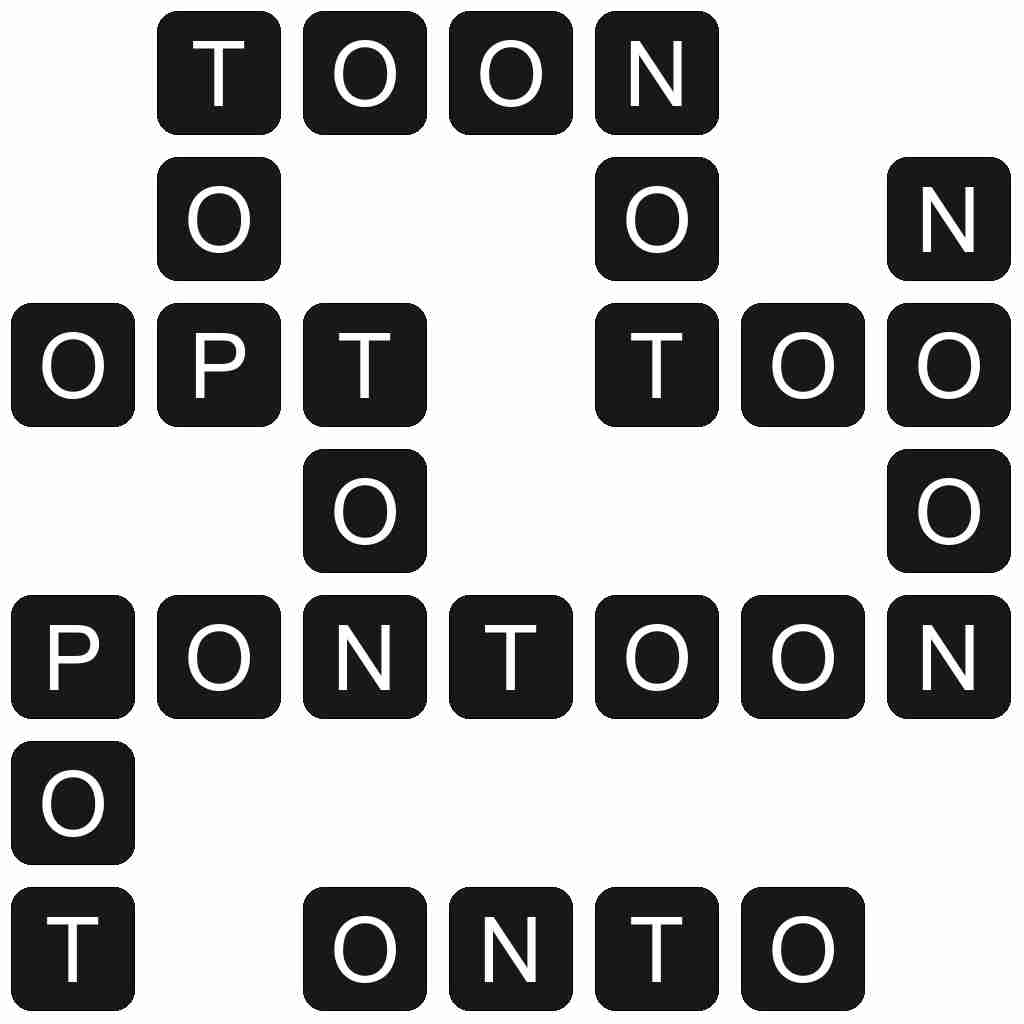 PONTOON - A card game in which the object is to obtain cards whose value adds up to, or nearly to, 21 but not exceed it.