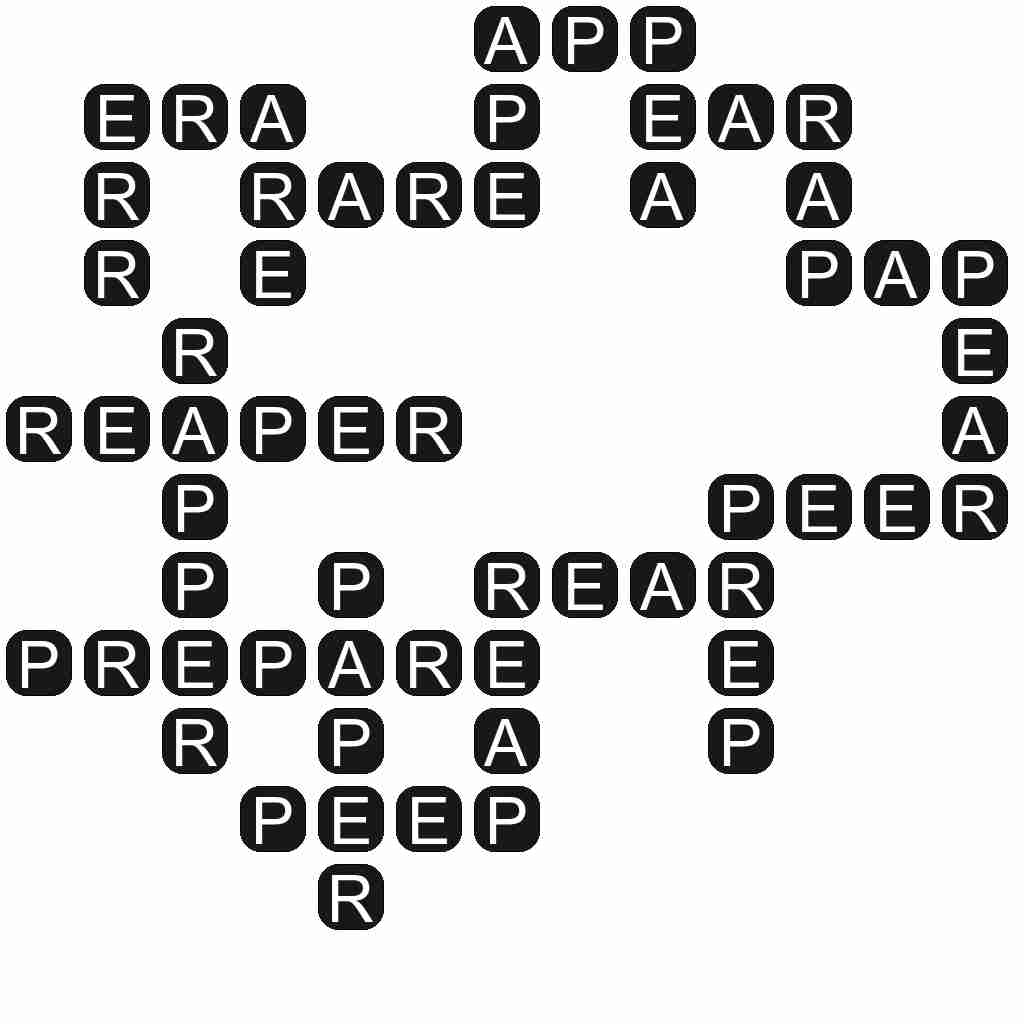 PEER - To look with difficulty, or as if searching for something.

PEEP - A quiet sound, particularly one from a baby bird.

REAPER - One who reaps.

PREPARE - To make ready for a specific future purpose; to set up; to assemble.