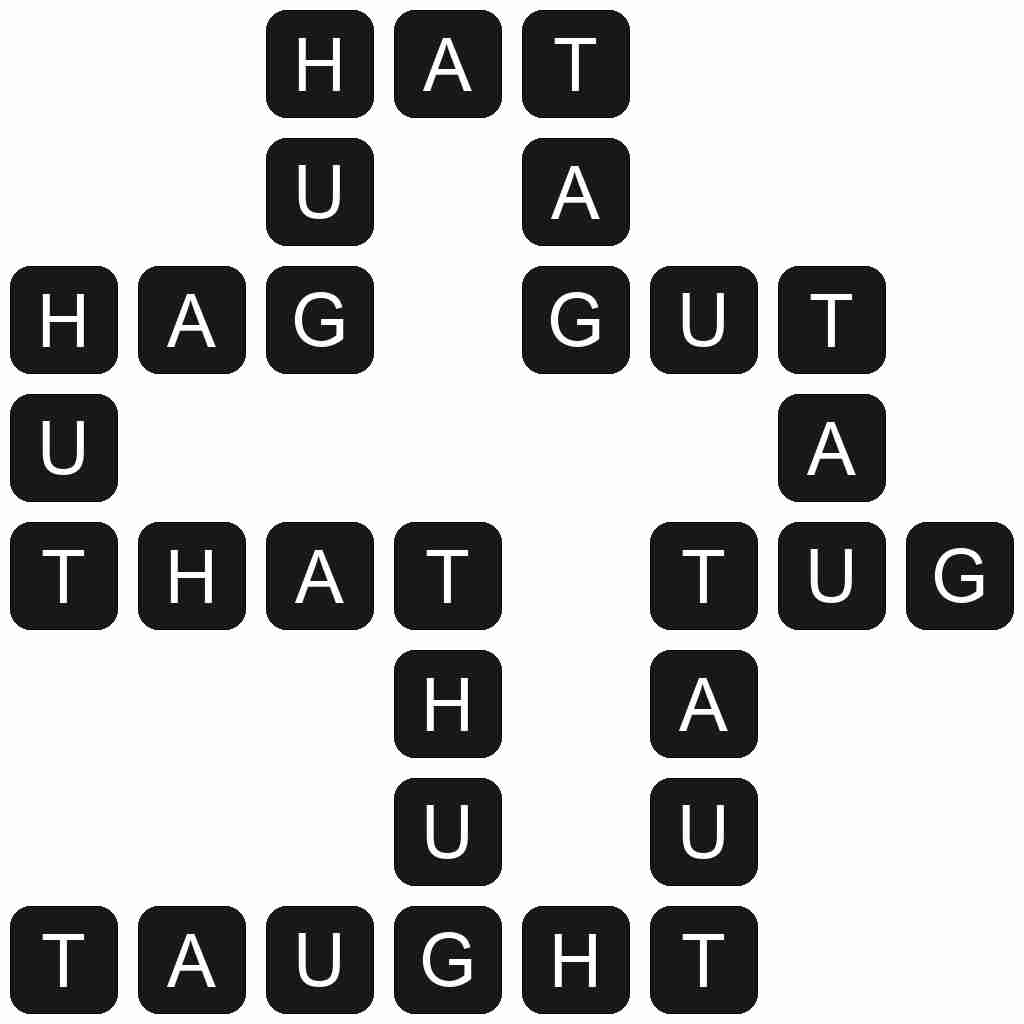 TAUT - Tight; under tension, as in a rope or bow string.

TAUGHT - Simple past tense and past participle of teach.