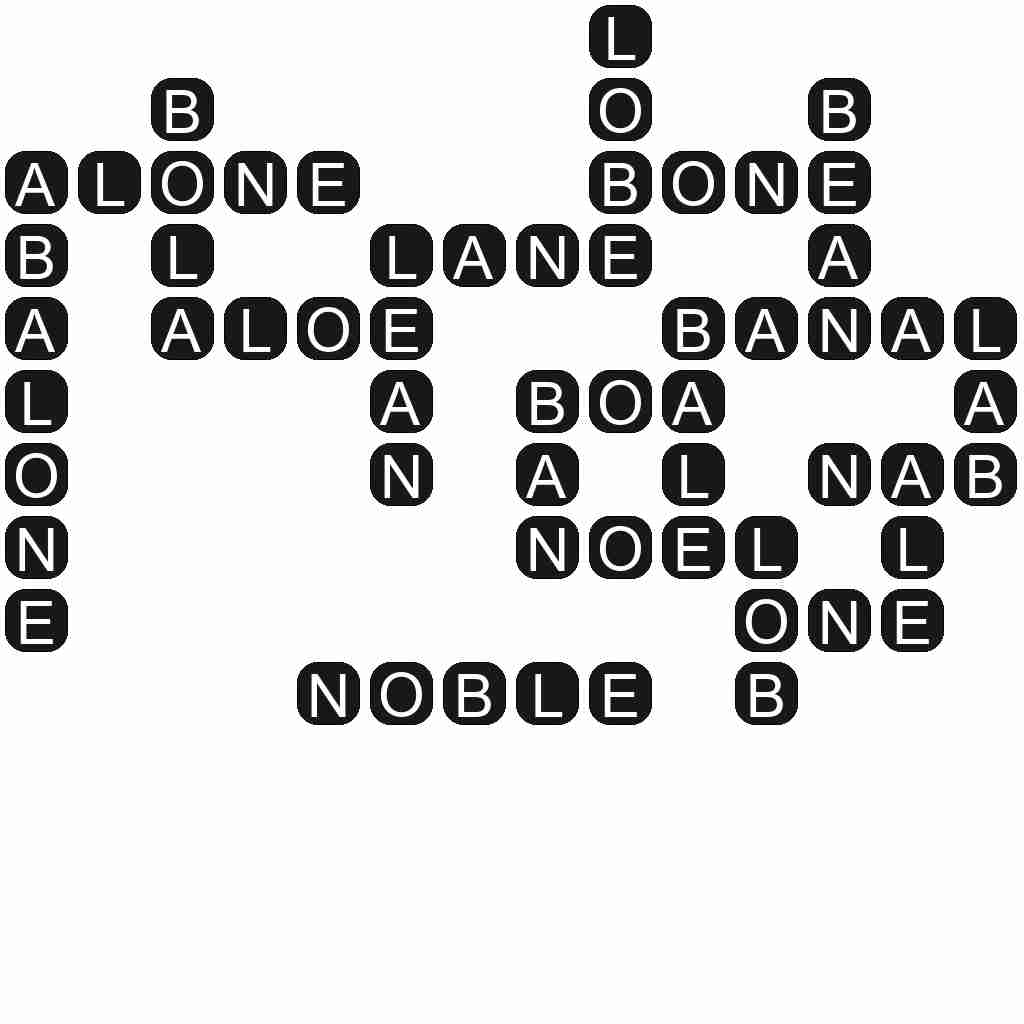 ALOE - The resins of the trees Aquilaria agallocha and Aquilaria malaccensis, known for their fragrant odour.

ALONE - By one's self, solitary.

NOBLE - Having honorable qualities; having moral eminence and freedom from anything petty, mean or dubious in conduct and character.

BANAL - Common in a boring way, to the point of being predictable; containing nothing new or fresh.

ABALONE - A univalve mollusk of the genus Haliotis. The shell is lined with mother-of-pearl, and used for ornamental purposes; the sea-ear. Several large species are found on the coast of California, clinging closely to the rocks.