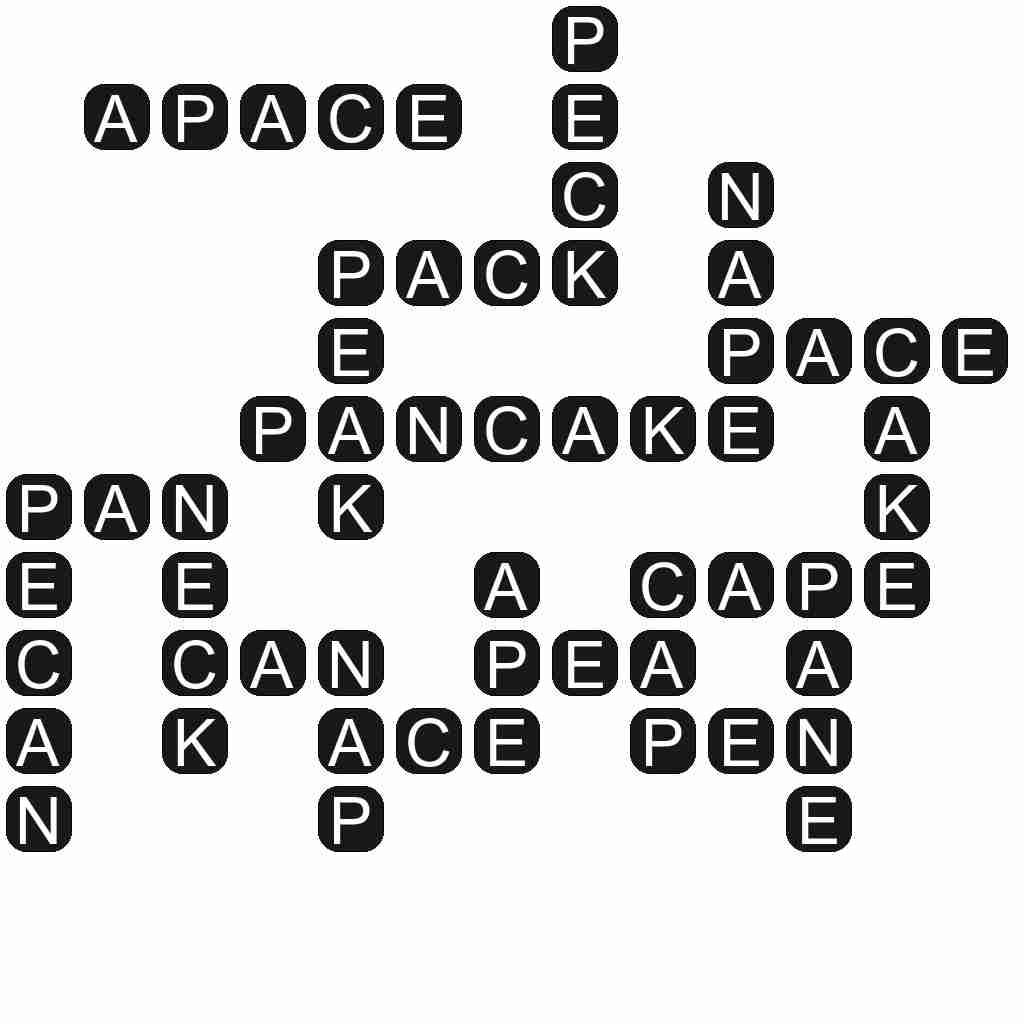 PANE - An individual sheet of glass in a window.

NAPE - The back part of the neck.

PANCAKE - A thin batter cake fried in a pan or on a griddle in oil or butter.