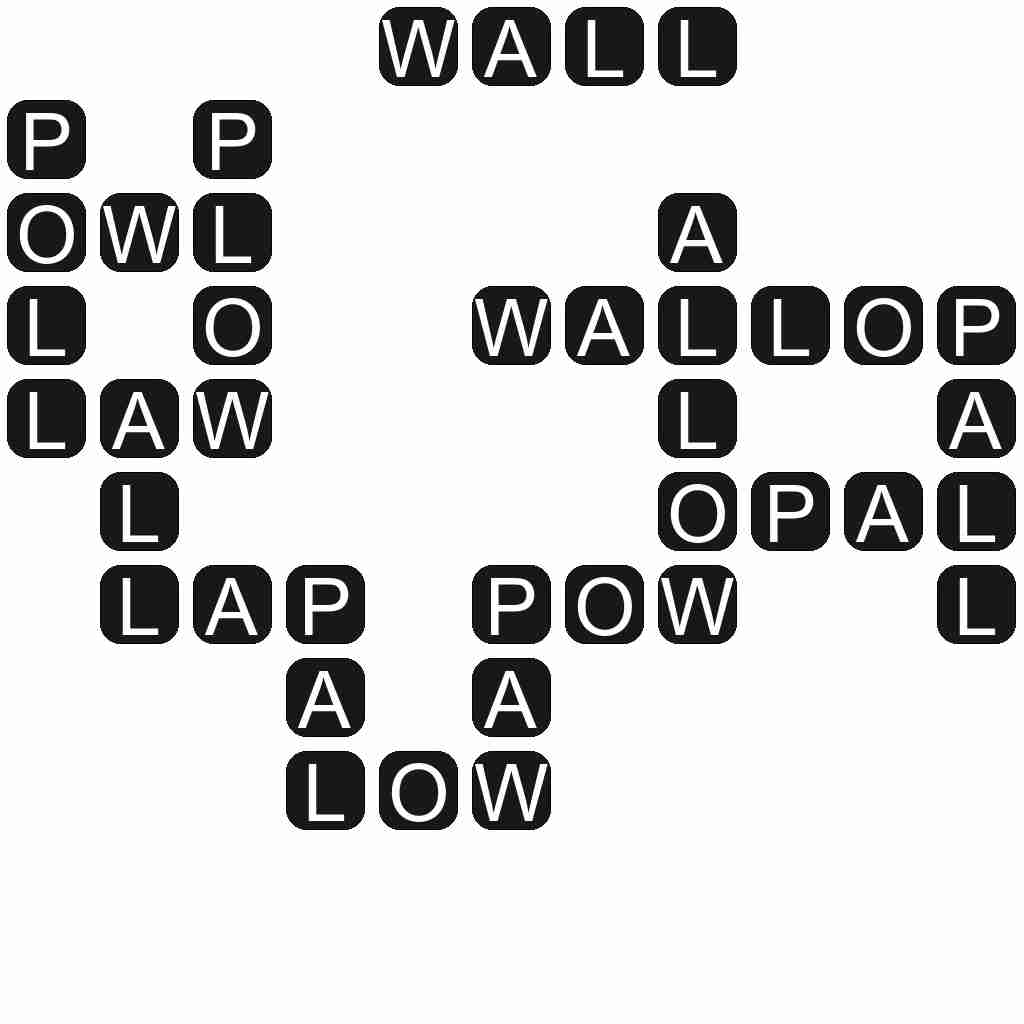 PAW - The soft foot of a mammal or other animal, generally a quadruped, that has claws or nails; comparable to a human hand or foot.

POW - Represents the sound of a violent impact, such as a punch.

OPAL - A mineral consisting, like quartz, of silica, but inferior to quartz in hardness and specific gravity, of the chemical formula SiO2·nH2O.