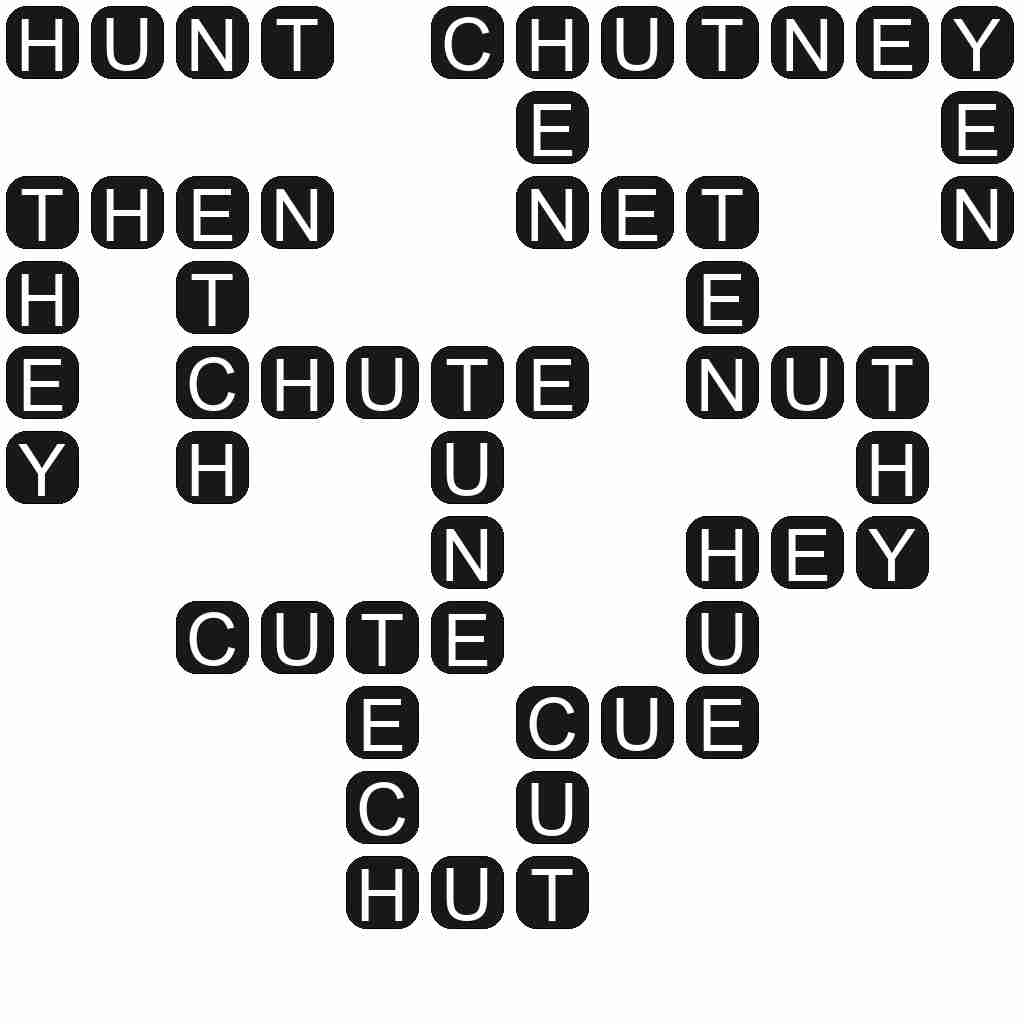 HUNT - To chase down prey and (usually) kill it.

THEN - At that time.

THEY - A group of people or objects previously mentioned.

ETCH - To cut into a surface with an acid or other corrosive substance in order to make a pattern. Best known as a technique for creating printing plates, but also used for decoration on metal, and, in modern industry, to make circuit boards.

CHUTNEY - A sweet or savory but usually spicy condiment, originally from eastern India, made from a variety of fruits and/or vegetables, often containing significant amounts of fresh green or dried red chili peppers.