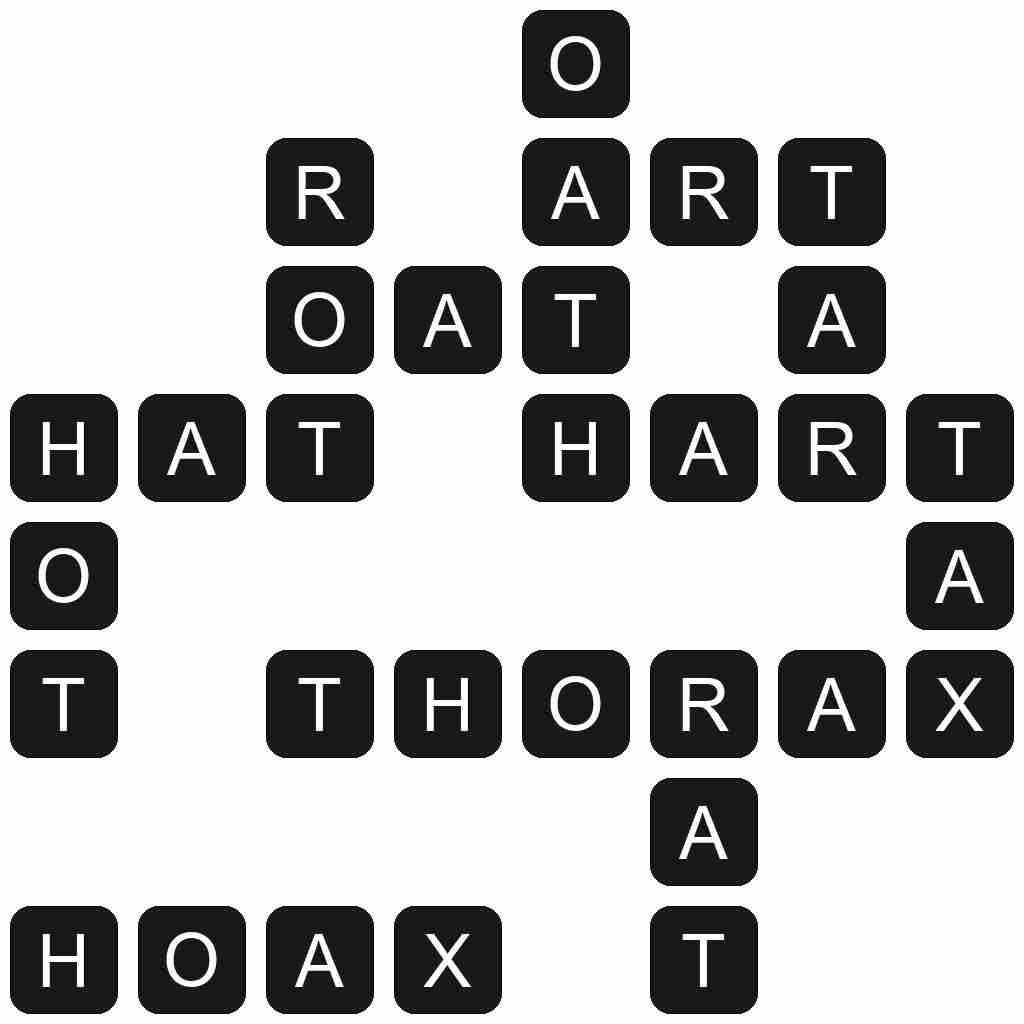 HOT - Of an object, having a high temperature.

OATH - A solemn pledge or promise to a god, king, or another person, to attest to the truth of a statement or contract.

HOAX - To deceive (someone) by making them believe something which has been maliciously or mischievously fabricated.

THORAX - The middle of three distinct divisions in an insect, crustacean or arachnid body.