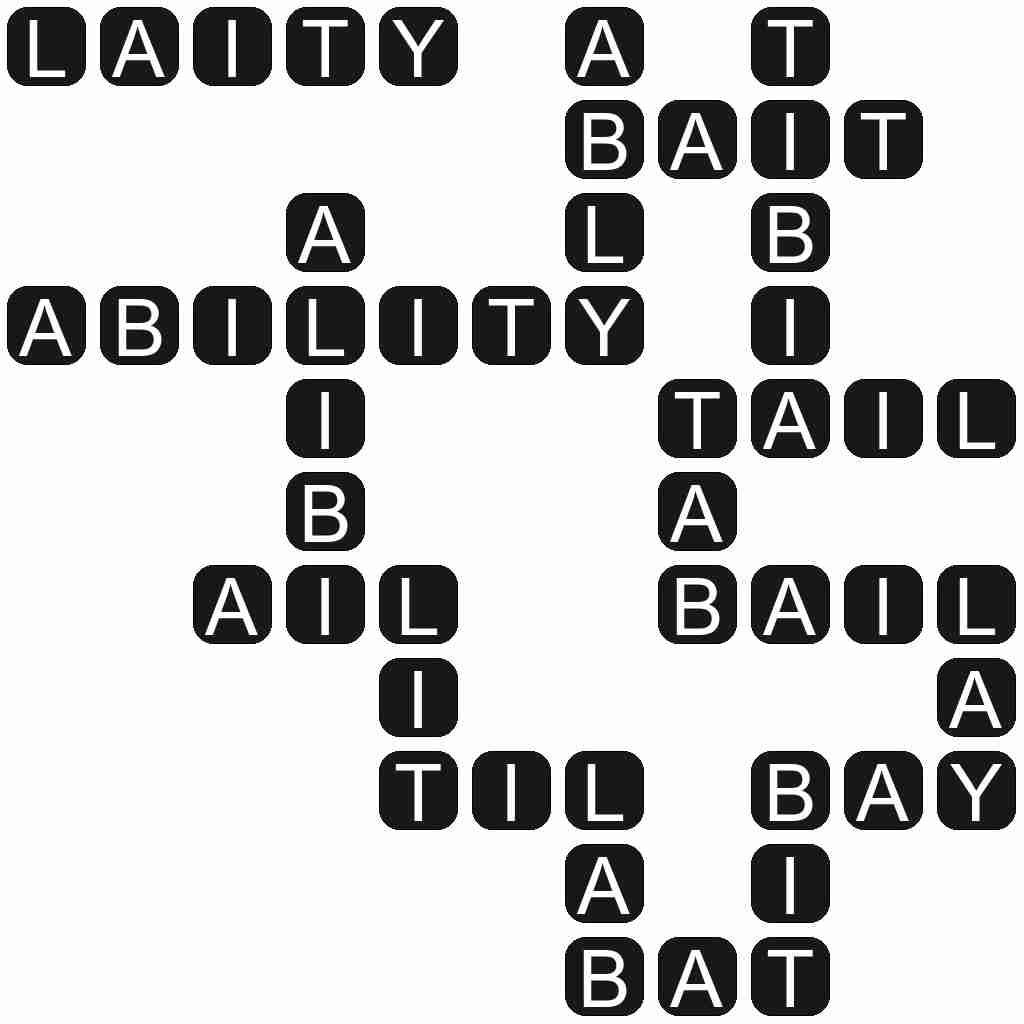 BIT - A piece of metal placed in a horse's mouth and connected to reins to direct the animal.

BAIT - Any substance, especially food, used in catching fish, or other animals, by alluring them to a hook, snare, trap, or net.

ABLY - In an able manner; with great ability.

ALIBI - The plea or mode of defense under which a person on trial for a crime proves or attempts to prove that he was in another place when the alleged act was committed; as, to set up an alibi; to prove an alibi.

LAITY - People of a church who are not ordained clergy or clerics.

TIBIA - The inner and usually the larger of the two bones of the leg or hind limb below the knee.