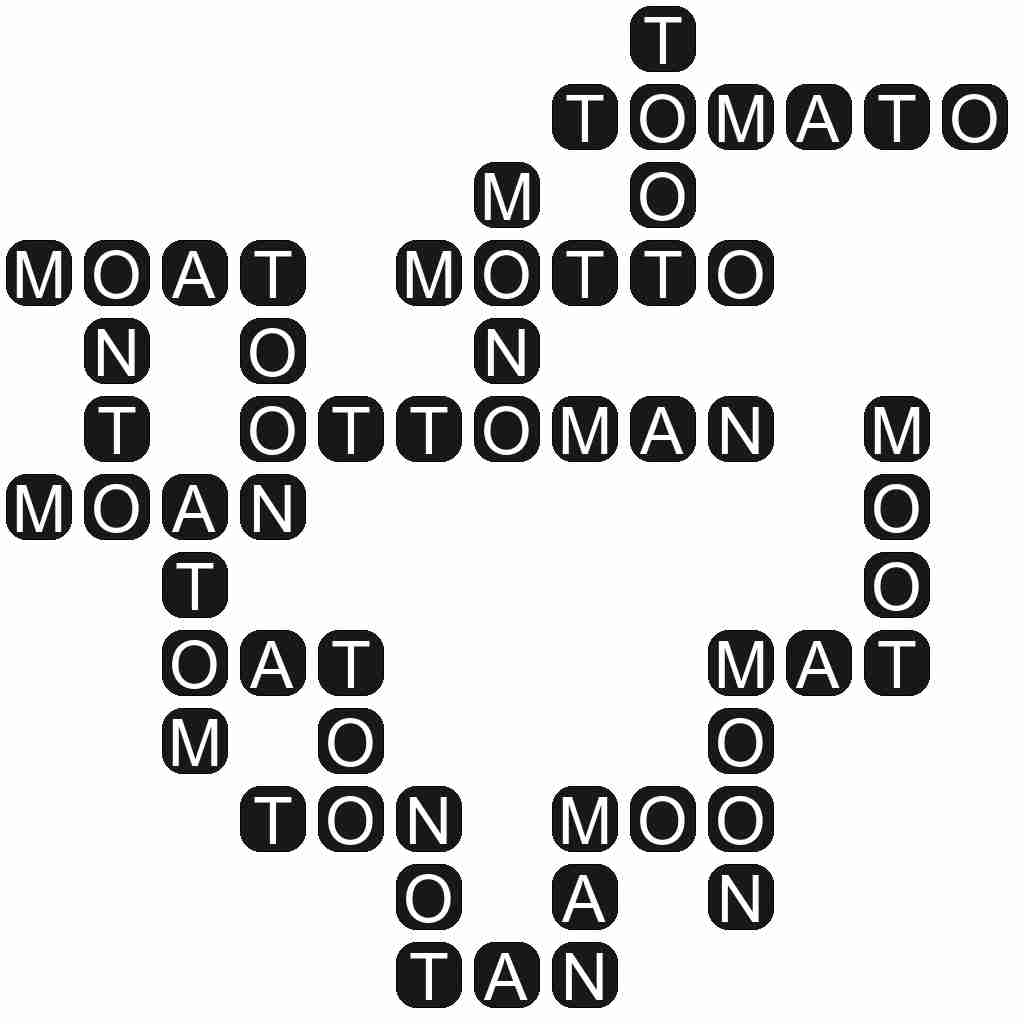 ATOM - The smallest, indivisible constituent part or unit of something.

MOON - The largest satellite of Earth.

MOOT - Subject to discussion (originally at a moot); arguable, debatable, unsolved or impossible to solve.

MOTTO - A sentence, phrase, or word, forming part of an heraldic achievement.

OTTOMAN - An upholstered sofa, without arms or a back, sometimes with a compartment for storing linen, etc.