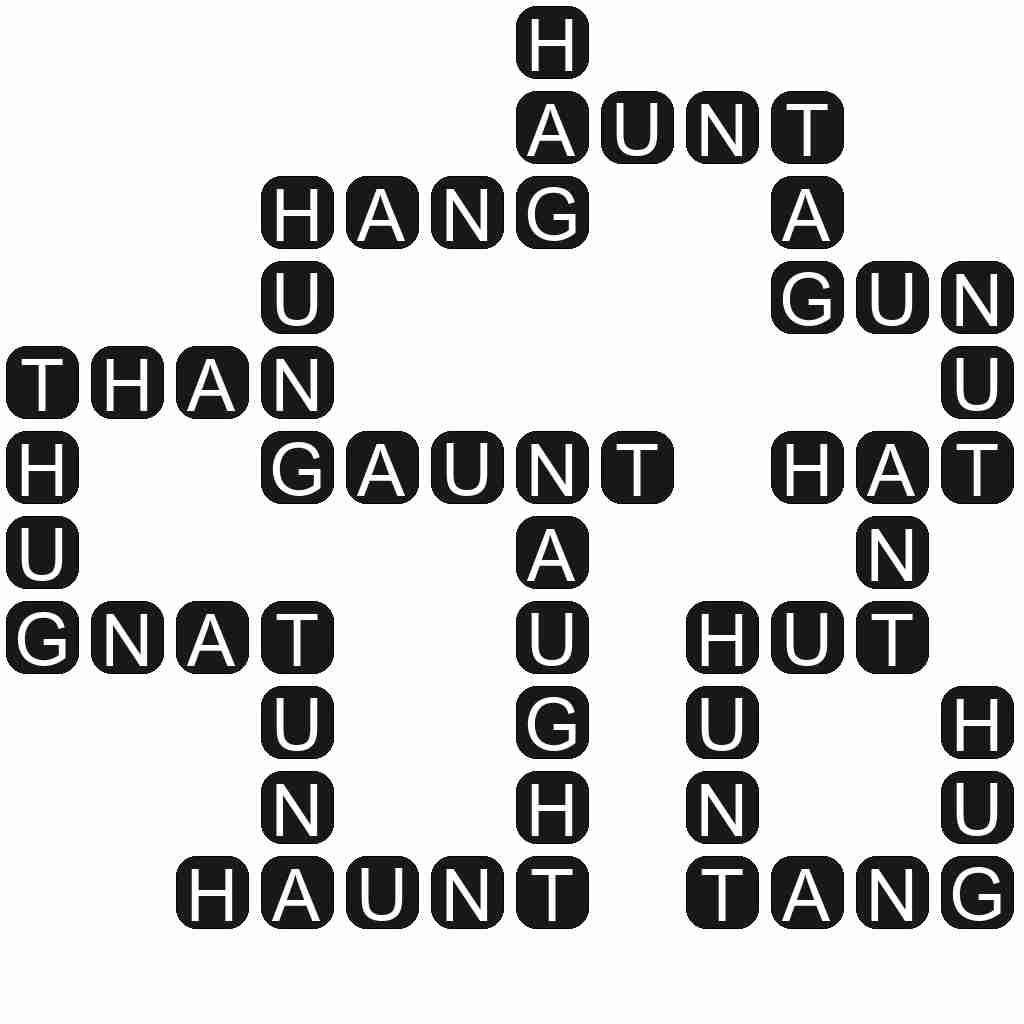 HANG - To be or remain suspended.

HUNG - Simple past tense and past participle of hang.

HUNT - To chase down prey and (usually) kill it.

THAN - (usually used with for) Because; for.

GNAT - Any small insect of the order Diptera, specifically within the suborder Nematocera.

HAUNT - To inhabit, or visit frequently (most often used in reference to ghosts).

NAUGHT - (now rare or archaic in US, Canada) Zero.