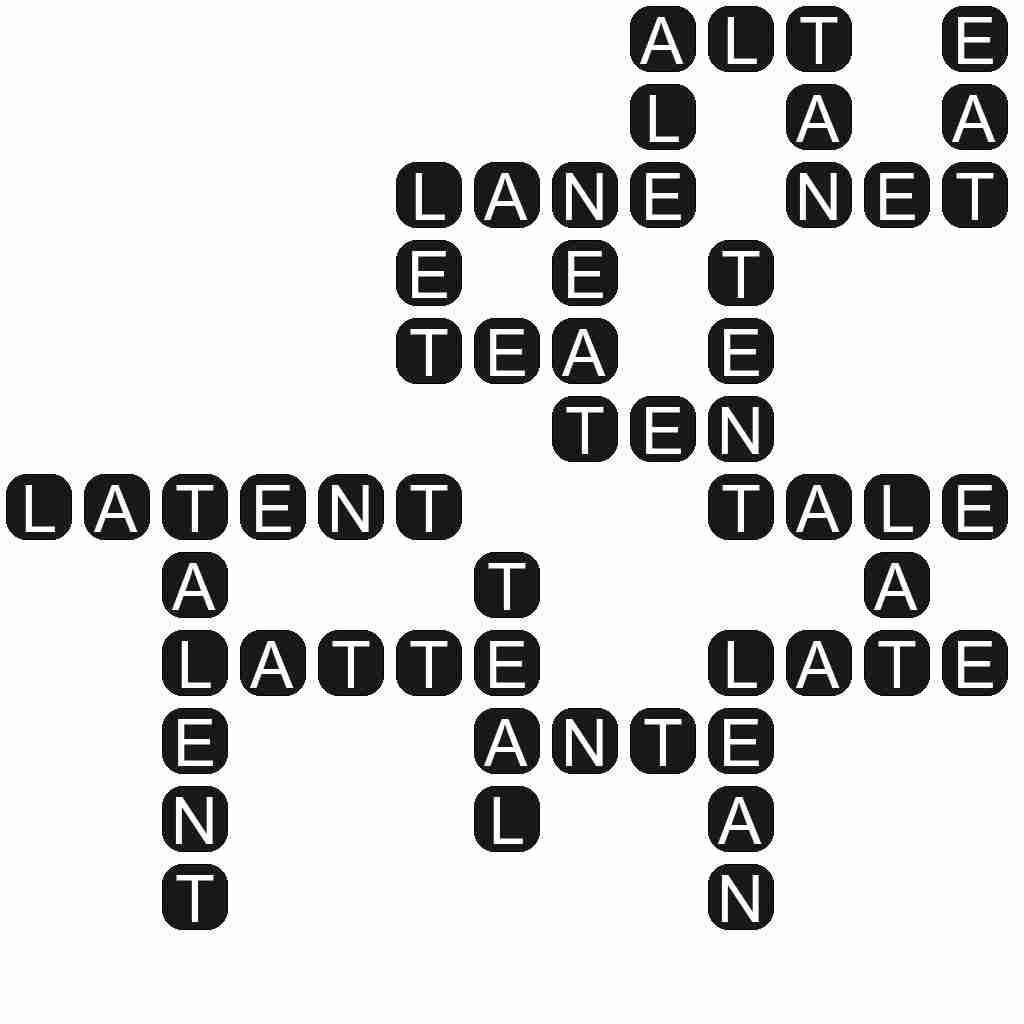 LATTE - A drink of coffee made from espresso and steamed milk, generally topped with foam.

TALENT - The men or (especially) women of a place or area, judged by their attractiveness.

LATENT - Existing or present but concealed or inactive.