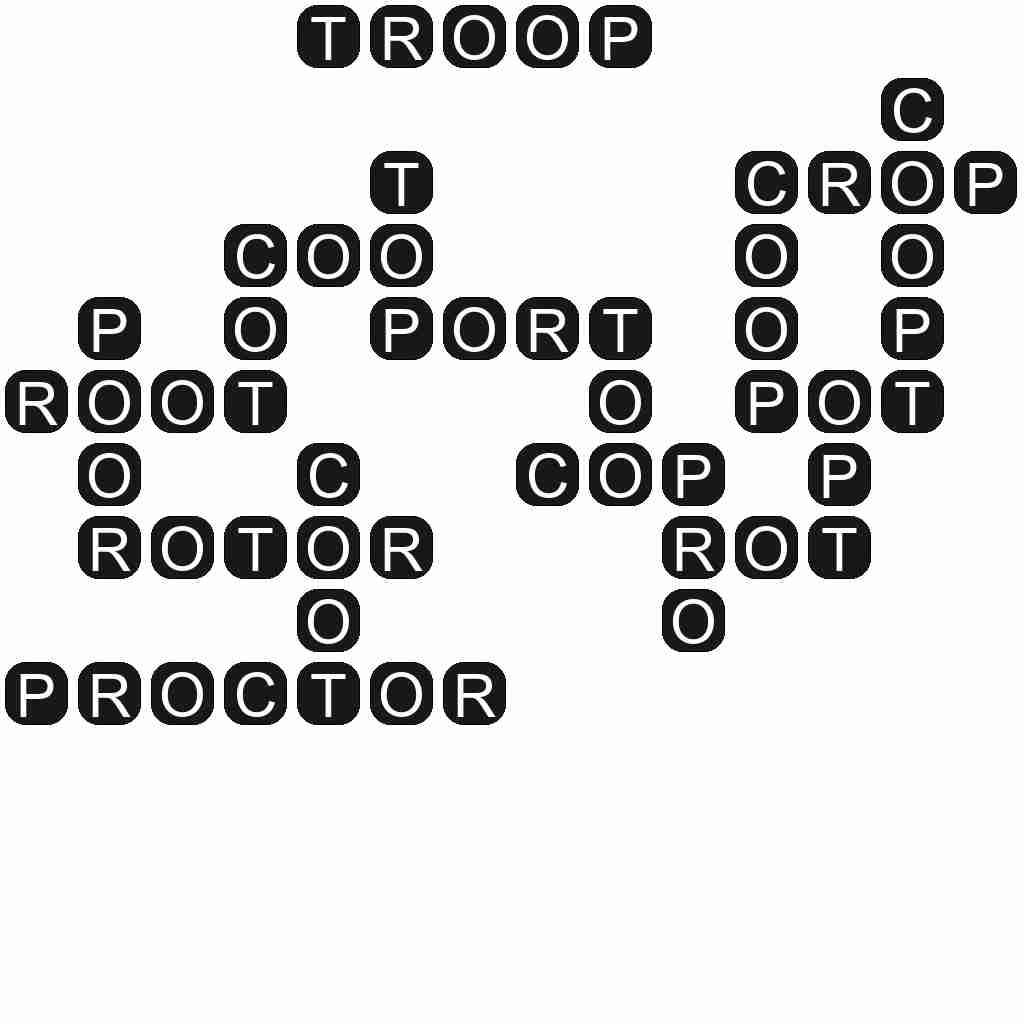 COOP - A pen or enclosure for birds.

CROP - A plant, especially a cereal, grown to be harvested as food, livestock fodder, or fuel or for any other economic purpose.

POOR - With little or no possessions or money.

ROTOR - A rotating part of a mechanical device, for example in an electric motor, generator, alternator or pump.

TROOP - A collection of people; a company; a number; a multitude.

COOPT - To commandeer, appropriate or take over.

PROCTOR - A person who supervises students as they take an examination, in the United States at the college/university level; often the department secretary, or a fellow/graduate student.