Home » Wordscapes answers for all levels » 3710 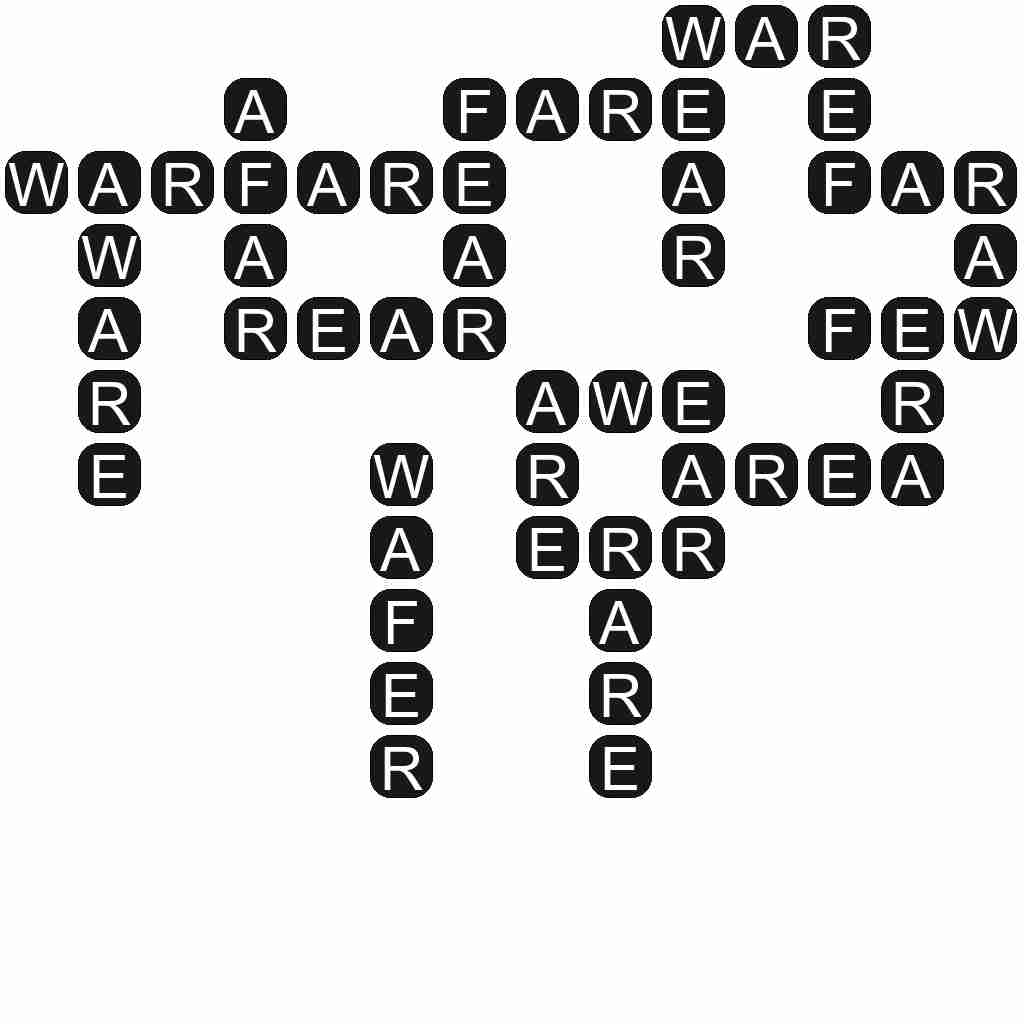 FEW - An indefinite, but usually small, number of.

AWARE - Vigilant or on one's guard against danger or difficulty.

WARFARE - The waging of war or armed conflict against an enemy.